America’s Founding Fathers make great statues. Venerated in bronze or marble they remain impressively noble, eternally virtuous and supremely optimistic. As any writer will tell you, they also are a prime source of quotations. Whatever point you need to make, whichever side of a debate you choose to argue, one of them certainly said something applicable. In the recent impeachment proceedings both sides of the debate quoted extensively from the architects of our nation to support a given point of view.

Watching those impeachment debates while finishing our third book about a trial involving a legendary leader, John Adams Under Fire, we were reminded that it is a lot easier to be revered in metal or stone than it was to lead their lives at the time. They weren’t statues, they were flesh and blood—and their courage in standing up to the greatest military power in their world was truly awe-inspiring.

This March 5 marks the 250th anniversary of the Boston Massacre, when British soldiers shot and killed five colonists on a cold winter’s night. Many historians consider this “Incident on King Street” to be the spark that ignited the Revolution. John Adams agreeing to represent the despised soldiers in court was the ultimate example of an unpopular yet principled decision that would be remembered by history as brave and noble. At the time, however, it was considered by many to be deeply unpatriotic.

President Trump’s attorney Alan Dershowitz invoked Adams to defend his own representation of the President: “Look, to me my hero was John Adams, standing up for them, …the — the murderers in the Boston Massacre, and — and accepting all the opprobrium that was heaped upon him because he said, I want to show the king of England that we, in America, believe that everybody’s entitled to a defense. He defended them and it almost destroyed his career and his personal life. He did the right thing.”

While his point about the broader principle is well taken, the comparison really ends there. In 1770 John Adams was a young lawyer, readily accepting whatever cases came his way. He represented tax cheats and debtors, defended the well-known smuggler John Hancock and a Scottish seaman being sued by Paul Revere for “enticing and seducing” the silversmith’s apprentice. The law practiced by Adams and his fellows of the bar was derived from a British system that had evolved over hundreds of years but at that time was being modified daily to fit the needs, the practices and the realities of life in the colonies. While Adams was not a wealthy man, his practice was successful and he and Abigail and their children had settled easily into the city.

While Adams was a man of the law, his second cousin, Sam Adams, was involved in stirring dissent against British troops occupying the city to enforce harsh taxes levied by Parliament. There was a rancorous peace between the citizens and the soldiers; minor brawls, insults and assaults were common. But that situation was changed forever on the night of March 5, 1770. What caused the Boston Massacre to happen has been debated since that day, but what is known is that a line of soldiers, feeling threatened, opened fire on a mob. Five men were killed and more wounded. A greater riot was prevented only by the Acting Governor Hutchinson promising, “The law shall have its course.”

Eight soldiers and their commander, Captain Thomas Preston, were immediately arrested. The next day, after others refused, John Adams was prevailed upon to defend them.

That is quite distinct from agreeing to represent a President of the United States. Being one of President Trump’s lawyers is seen as a badge of honor for many around the country. There was no community of support in Massachusetts or anywhere else in the country for the British soldiers Adams agreed to defend. They were the oppressors, the enemy; so accepting the case, standing for the law, required an act of remarkable courage. Defending the hated British troops would put his legal practice, his future and perhaps his family in jeopardy. Certain attorneys for President Trump will endure the slings of his rivals and opponents but there is no comparison to the price Adams had to pay.

Adams understood what was at stake, and put on an inspired defense in the trials that came out of the case, using the law as his weapon against the inflamed passions of the patriots. What he would not do, however, was impugn the residents of Boston.

Though Trump’s team made some serious and at times compelling points about the hurried process and the standard for impeachment, other arguments—including one made by Dershowitz, asserting that if President Trump believes his own re-election is in the public interest, and “does something that he believes will help him get elected in the public interest, that cannot be the kind of quid pro quo that results in impeachment”—were little more than the sort of “sophistry” Adams steadfastly refused to engage in.

Adams helped define the concept of self-defense in American law; it was also in these Massacre trials that a jury was permitted the stated luxury of “reasonable doubt” for the first time. But it was Adams’ eloquent summation in the soldier’s trial that has most echoed through courtrooms for more than two centuries.

Standing before a crowded courtroom, he told the jury, “Facts are stubborn things; and whatever may be our wishes, our inclinations or the dictates of our passions, they cannot alter the state of facts and evidence…The law, in all vicissitudes of government, fluctuations of the passions or flights of enthusiasm, will preserve a steady undeviating course; it will not bend to the uncertain wishes, imaginations and wanton tempers of men.”

Captain Preston and most of his men were acquitted, and Adams, rather than being punished for defending the enemy, went on to earn his marble.

Watching the politics of impeachment, it was impossible not to speculate what John Adams might have done in similar circumstances—and then wonder, as we remember what happened in Boston 250 years ago, what has been won in that time, and what has been lost.

Dan Abrams and David Fisher are the authors of John Adams Under Fire: The Founding Father’s Fight for Justice in the Boston Massacre Murder Trial, available now from Hanover Square Press.

The original version of this article misstated the final result of the Boston Massacre cases. Most of the men were acquitted, not all of them. 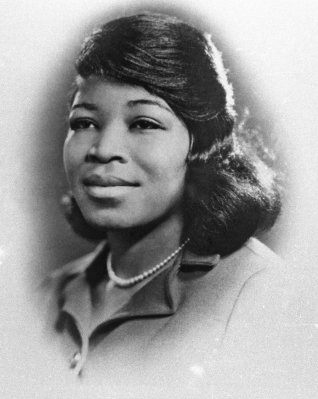