With the number of coronavirus infections soaring around the globe, North Korea claims to be doing what it always does: keeping hostile forces at bay with its steely resolve.

In January, North Korea informed travel agencies that it was closing its borders to foreign nationals. State media said the government was monitoring 7,000 people who have shown symptoms of that virus that originated in China and has caused more than 4,000 infections in South Korea.

The same official mouthpieces said the country has been carrying out meticulous prevention efforts and not suffered a single infection. Such a narrative aligns with North Korea’s official ideology, which has long presented the country as uniquely pure, tough and able to withstand outside pressures.

Despite the virus having traveled as far as Brazil, Israel and Nigeria, North Korea—which shares a border with China, by far its largest trading partner—is sticking to its story of having no confirmed cases.

Nevertheless, Zhang Jun, China’s ambassador to the United Nations, said Monday that North Korea is suffering negative effects from COVID-19. He made the claim as part of an appeal for the easing of sanctions on the country but stopped short of specifying the nature of the suffering and did not claim outright that there were cases of COVID-19 in North Korea.

The short history of COVID-19 indicates that attempting to hide an outbreak may only make it worse. For weeks, authorities in Hubei, China, where the novel coronavirus was first reported, maintained there were only a handful of cases there—even as it spread to countries across the region. Officials have also been accused of ignoring the extent of the outbreak in Iran, where a recent spike of COVID-19 cases, and 66 deaths, have been reported.

There are reasons to be particularly concerned about the possibility of an outbreak in North Korea. So far, many of the countries that have reported large numbers of coronavirus infections—South Korea, Japan, Italy—have modern public health systems. North Korea’s health system suffers from a lack of funding and equipment, and medical coverage is spotty in the country’s poor rural areas.

“Not only is North Korea a high-risk country—as a country with a weak health system—for the virus to inflict major harm, but the global sanctions regime also causes unintended yet very real impediments for the country as well as international aid organizations to respond,” Kee B. Park, Director of the Korea Health Policy Project and Lecturer on Global Health and Social Medicine at Harvard Medical School, tells TIME.

Park has made more than 20 trips to North Korea, working alongside North Korean doctors and trying to improve the country’s health system. He says that in recent years, sanctions have made it increasingly difficult for health workers to deliver the care patients need.

United Nations sanctions were implemented as punishment for the North’s nuclear and missile tests. The North remains defiant—as two apparently missile launches on Monday show—but measures intended to cut off the regime’s sources of outside funding have also had the effect of making it more difficult for North Korea to acquire medical equipment. “Working alongside North Korean doctors inside hospitals in Pyongyang, I saw how the healthcare system struggles with the scarcity of resources. They reuse just about everything until they become unusable. They are masters at fixing and maintaining medical equipment,” Park said.

The current circumstances would make it particularly challenging for North Korea to handle a large viral outbreak. “They may be able to successfully treat a limited number of severe COVID-19 cases but, if there is anything we can learn from the Chinese and South Korean experiences, their capacity to treat will be quickly overwhelmed.”

Perhaps with the fear of a widespread calamity in mind, this time around North Korea’s leadership appears to be acting with more assertiveness than during the outbreaks of SARS in 2002 to 2003 and Ebola in 2014.

“The COVID-19 response stands out for how rapid and how far-reaching the travel restrictions and quarantine measures are,” said an analysis on North Korean affairs website 38 North.

Also, a glimpse at the country’s state media indicates that North Korea’s government is taking the threat of the fast-spreading virus seriously. Media have reported the rounding up of vagrants and the suspension of leisure facilities. In recent photographs, the typically vacant or grinning faces of officials trailing leader Kim Jong Un have been covered by black masks.

And while North Korea is still a secretive country by international standards, Lee says the current regime has shown “increased openness toward acknowledging mistakes or things gone awry in Kim Jong Un’s era,” as well as “increased efforts to project an image that the top leadership is taking proactive measures to protect the people against natural catastrophes.”

Nevertheless, skeptics have questioned the North’s claim to have zero infections, and given the country’s proximity to China, the situation could be far worse than Pyongyang is letting on.

It is possible that North Korea is concealing an outbreak for reasons of national pride. “The Kim regime prioritizes projecting strength and controlling panic over protecting public health. It will thus underreport its coronavirus problem until a crisis is undeniable,” said Leif-Eric Easley, a professor at Ewha University in Seoul.

“North Korea is quietly making appeals for assistance while publicly claiming no coronavirus cases in country,” says Scott Snyder, Senior Fellow for Korea Studies and Director of the Program on U.S.-Korea Policy.

On Feb. 26, Russia’s foreign ministry announced that it had, at Pyongyang’s request, provided North Korea with 1,500 coronavirus test kits.

North Korean society has long been divided between a small elite with government jobs and business interests, and a poor, mostly rural, majority. The state may not go all-out in prevention efforts unless the virus threatens the country’s influential class.

“If the medical system becomes overwhelmed, [North Korea] may admit cases and publicly appeal for outside aid, but this would probably come following the failure of containment efforts in Pyongyang and significant deaths especially touching elite circles,” Snyder says. 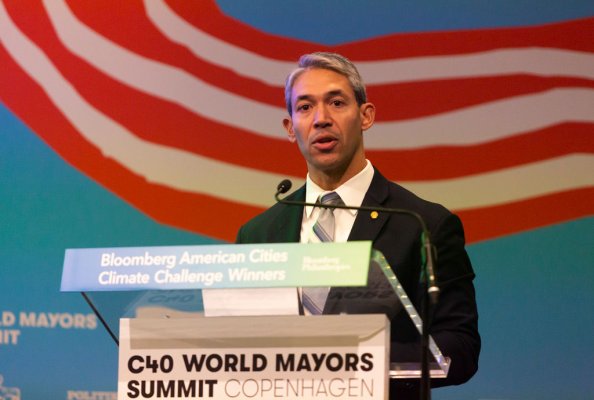