There was a certain amount of muttering when Melinda Gates appeared alongside her husband Bill and U2 front man Bono as TIME’s Persons of the Year in 2005. Wasn’t she just a wife? A hobbyist spending the money her husband made? Did she really deserve this, even if the Bill & Melinda Gates Foundation had, in the magazine’s words, “spent the year giving more money away faster than anyone ever”? The years since have proved the mutterers mistaken, as Gates has become an ever more committed and shrewd philanthropist, embedding herself both in the field and in the data to make bold decisions not only to spend but also to invest. Yes, she has been half of a team, but over 20 years that team has given away more than $50 billion, and persuaded governments and other billionaires—hello, Warren Buffett!—to join them. In 2012, she realized family planning was key to improving women’s lives, and spearheaded the Gates Foundation’s funding of this area. Since then, contraceptives have been given to more than 20 million women who had none before. In 2005, TIME chose the cover trio for “making mercy smarter and hope strategic and then daring the rest of us to follow.” Gates is still doing just that. —Belinda Luscombe 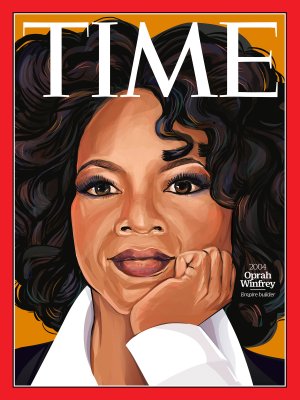