It’s easy to forget today what pariahs people with AIDS were in the year 1987. Ignorance, superstition and an aura of sexual seediness swirled around those afflicted, their cause of death noted in obituary columns with a vague lack of specifics that protected their relatives from opprobrium.

The 26-year-old Princess of Wales lived with the specter of AIDS every day. In the loneliness of her failing marriage to Prince Charles, gay men were the bedrock of her private world: fashion designers, ballet dancers, art dealers and numerous members of the palace staff. They sympathized with her, escorted her, lightened her load. It pained her to watch them sicken and die.

In April 1987, Middlesex Hospital invited her to open the first ward in the U.K. dedicated to the treatment of HIV/AIDS. Accepting the invitation was the kind of socially progressive statement that private secretaries usually steered their principals to avoid. Diana was intensely nervous, even though she unhesitatingly agreed to do it. She knew it was the chance to dispel the stigma surrounding the disease. With her instinctive understanding of the power of gesture, she resolved not only to open the new ward but to shake the hands of 12 male patients without gloves.

Such was the fear of ignominy that only one patient, a 32-year-old named Ivan Cohen, agreed to be photographed with Diana, and only on condition that the picture be taken from behind. She extended her hand. The cameras rolled. A broken taboo ricocheted round the world: Diana, exuding compassion and confidence, clasping the terminally ill AIDS patient’s hand in hers. For the next decade, she continued her visits to hospitals and bedsides. A nurse present at Diana’s historic original visit told the BBC, “If a royal was allowed to go in and shake a patient’s hands, somebody at the bus stop or the supermarket could do the same. That really educated people.”

That iconic moment also had a profound impact on Diana. It clarified what her royal status meant—a new kind of global power. Whatever its frustrations, being the Princess of Wales gave her the ability to change lives and to expand tolerance. She saw what could happen when humanitarian concern is connected with the global media. Celebrities have tried to emulate her ever since. —Tina Brown

Brown is the author of The Diana Chronicles

More Must-Read Stories From TIME
SHARE THIS STORY
Each product we feature has been independently selected and reviewed by our editorial team. If you make a purchase using the links included, we may earn commission.
Read Next 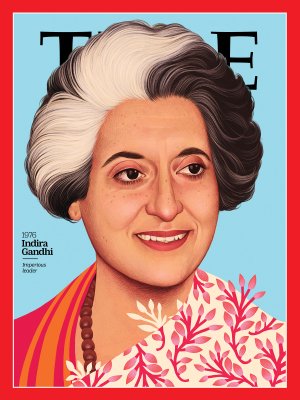