Buy the cover art→
Illustration by Agata Nowicka for TIME

Poland’s escape from Soviet rule began with Solidarity, a movement for the rights of workers that Anna Walentynowicz, a welder and crane operator, helped create in 1980. In retaliation for her activism, she was fired that year from the Lenin Shipyard. Her colleagues went on strike to get her job back, sparking a mass resistance that culminated in the Gdansk Agreement, which allowed the first free-trade union in communist Eastern Europe. Within a year, the Solidarity union had nearly 10 million members, with Walentynowicz as one of its leaders. The triumph in Gdansk precipitated the fall of communism, a decade later. It also led generations of Poles to see Walentynowicz as the mother of their independence. —Simon Shuster 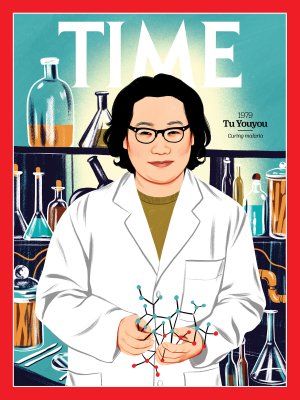