Lindy Boggs came to Washington as a wife. She left it half a century later with a legacy all her own, as an influential Congresswoman who had championed women’s economic freedom—and who had another round yet to go, becoming ambassador to the Vatican at age 81.

Boggs, born on a sugar plantation in Louisiana, moved to the nation’s capital in 1941 after her husband Hale Boggs was elected to Congress; when he disappeared in a plane crash in 1972, she won his seat in a special election. Two years later, when the House banking committee was considering an amendment to a bill that would have banned discrimination in lending on the basis of race, age or veteran status, Boggs noted that sex and marital status weren’t included. At the time, it was legal in the U.S.—and not uncommon—for banks to refuse to issue credit cards to women on their own economic merit; a husband’s signature was what mattered. Boggs tweaked the bill, made new copies of it herself and handed it out to her colleagues. In its final form, the Equal Credit Opportunity Act of 1974 ensured that women would be able to get loans and credit cards, and at the same interest rates given to men of similar financial status. From her seat on the House Appropriations Committee, Boggs also pushed for equal pay for government jobs and access to government business contracts. Boggs helped win American women a new economic independence: power not as wives, but as people. —Alana Semuels 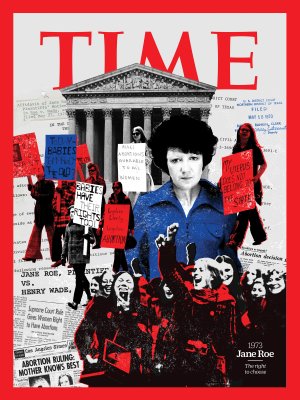