Rita Moreno’s 1961 breakout role in West Side Story almost led her to quit acting. Make-up artists colored her skin darker and Moreno, a native Puerto Rican, felt her accent “didn’t make any sense.” She resented being asked to sing “America,” which had lines like “Puerto Rico, you ugly island, island of tropic diseases.” She spoke up, and the lyrics were changed. In her nearly 70-year career, Moreno has never stopped fighting against typecasting and for fair representation of Latinos.

The daughter of a seamstress and a farmer, Moreno grew up in poverty and faced discrimination, especially in her early Hollywood roles. She persevered, and after West Side Story was a hit, she went on to appear in the Electric Company, Oz, and as the voice of Carmen Sandiego. At 88, her career continues to flourish, with TV roles on Bless This Mess and One Day at a Time.

In 1962, she became the first Latina to win an Oscar, going on to take home an Emmy, a Grammy and a Tony—a feat only 15 entertainers have ever accomplished. She’s one of 24 to win what’s called the Triple Crown of Acting, snagging competitive Academy, Emmy and Tony Awards. In 2020, she’ll serve as an executive producer on a remake of the film that launched her to fame nearly 60 years ago. —Soledad O’Brien

O’Brien is a journalist and documentarian 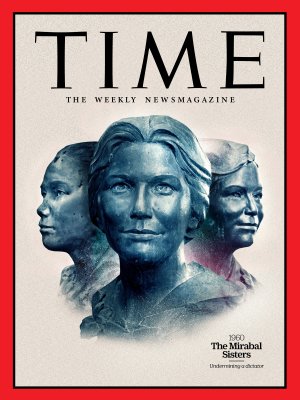 1960: The Mirabal Sisters
Next Up: Editor's Pick