She was known as the Limping Lady, because of a prosthetic leg, but secretly, she was a hero. During tours in occupied France with the British Special Operations Executive and CIA predecessor Office of Strategic Services, American spy Virginia Hall was an intelligence-industry innovator. She used makeup and savvy subterfuge to escape capture by the Gestapo, who unsuccessfully hunted her for assisting the French Resistance.

Hall trained resistance cells that performed guerrilla sabotage like blowing up bridges and even derailing a freight train, and set the stage for the Allies to invade Normandy and Provence. At the end of the war, she reported that her team had captured 500 Germans and killed 150. The Nazis called her “the enemy’s most dangerous spy.”

Her work is credited with convincing British and American military officials to deploy other women as spies during a major moment for women in war. In 1942 and 1943, the U.S. Armed Forces finally allowed women to enlist. But female war veterans still struggled for recognition and benefits.

Though never publicly lauded during her lifetime—she received awards, but didn’t want to blow her cover—Hall was the U.S.’s most decorated WW II woman civilian. She is credited with developing spy tactics that are still used by the CIA today. —Erin Blakemore 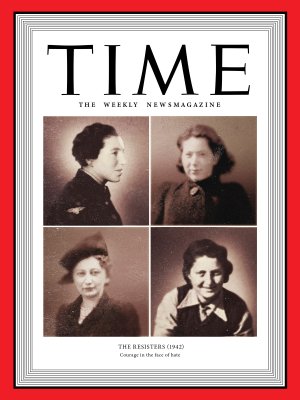