Billie Holiday knew the dangerous power of “Strange Fruit” when she first sang it at a Manhattan club in 1939. As written by the schoolteacher Abel Meeropol, with its images of black bodies hanging like bruised fruit, the ballad was already a vivid protest of lynching. But filtered through Holiday’s smoky vocals, it took on an even greater urgency. It was so incendiary that Columbia Records refused to let her record it, some radio stations banned it, and federal agents tried to stop her from singing it.

And the song, released on an alternative label, did strike a nerve—starting a conversation about racially motivated hate crimes and giving Holiday a national audience. Her rise was surprising in a musical era dominated by belters: Holiday, by contrast, had a small range and a conversational singing style that often dragged behind the beat. But it was this approach that unlocked a personal subtext in songs, whether it be deep pathos or low-burning sultriness.

Holiday, performing at the Apollo Theater in 1937.
MPTVIMAGES

While Holiday earned her way into venues like Carnegie Hall, she was plagued by one challenge after the next: drug addictions, domestic abuse, racist audiences. Thanks in part to her outspokenness about inequality and racism, federal agents hunted her for her entire life. They jailed her in 1947 and revoked her cabaret card on the grounds that her songs might harm the “morals” of the public.

In 1956, Holiday published her autobiography, Lady Sings the Blues, which biographer John Szwed tells TIME is “probably the most damning document of America ever produced.” Three years later, she died, bitter and broke. But her legacy would only grow. Twenty-six years after Holiday’s rendition, at the height of the civil rights movement, Nina Simone would record a cover of “Strange Fruit” that Kanye West would sample 48 years after that. Through it all, Holiday’s version retains its unmatched potency. —Andrew R. Chow 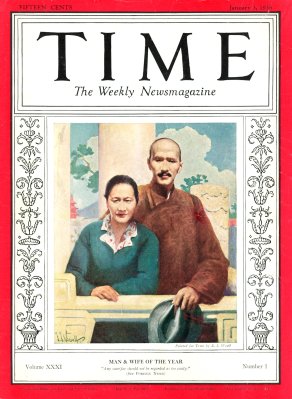