A tie clip that reads "Hongkonger" is worn by a protester outside the High Court during a gathering in support of activist Edward Leung, in Hong Kong on October 9, 2019.
MOHD RASFAN/AFP via Getty Images
Ideas
By Brian Wong
Brian Wong is a DPhil in Political Theory candidate at Balliol College, Oxford, and a Rhodes Scholar from Hong Kong. They are the founder of the Oxford Political Review.

At the heart of Hong Kong’s past year of protests is an emboldened nativism that portrays the Chinese Communist Party, and mainland Chinese people, as antithetical to the city’s interests.

At its worst, such nativism manifests in racist, dehumanizing rhetoric—and a chilling schadenfreude over crises such as the COVID-19 outbreak—imbued with thinly veiled colonialist nostalgia and a disparaging of mainland Chinese culture. It is in turn reciprocated by equally vehement anti-Hong Kong sentiments across the border, held by many on the mainland who view the protests as products of foreign interference.

But while Hong Kong’s democracy movement is guilty of harboring an extremist minority, for the more moderate majority nativism is a framework through which they can articulate a desire for more accountable and competent governance in Hong Kong, free from what they see as Beijing’s interference. Such sentiments culminate from a decade of increasing embitterment and mistrust between Hong Kong and Beijing.

To be sure, Hong Kong’s nativism is a reactionary ideology, as opposed to a comprehensive political vision. But it needn’t be that way.

Nativism in Hong Kong could be cosmopolitan and compassionate, and serve all parties under the “One Country, Two Systems” formula that governs Hong Kong’s relationship with China. Reorienting governance around its citizens’ interests would call on Hong Kong leaders to capitalize on local talents, resources, and endowments in consolidating the enclave’s international competitiveness and role in Chinese national politics. Through focusing on structural issues plaguing locals—from bureaucratic inertia to lack of governmental accountability, socioeconomic immobility to stagnating economic development—an unpopular administration could demonstrate to its citizens that further integration with China need not be at the expense of the city’s distinct identity and culture. Nativism could also offer Beijing a much-needed way to balance reforming Hong Kong’s governance while preserving national political stability.

Moderate nativism stems from pragmatic realism. Consider, for instance, the recent COVID-19 outbreak. With unbearably long queuing times and bed-space shortages, the city’s healthcare system was already overstretched. A dearth of well-trained, qualified doctors in the public sector, and limited foresight in planning, caught the city off-guard in the recent outbreak. Seen in this light, calls for the government to shut down borders and prioritize locals when it came to in hospital treatment were not solely politically motivated—they were also practical.

Despite the increasing volume of cross-border economic transactions and joint ventures since the resumption of Chinese sovereignty over Hong Kong in 1997, many Hongkongers—particularly the working and lower-middle class—have not seen improvements to their quality of life. Scarcity and speculation have made Hong Kong’s housing market the world’s least affordable and social mobility has frozen in a city once famous for its rags-to-riches tales. Economic anxieties, and disillusionment with the government’s apparent inability to address them, have underscored the shortcomings of a calcified political system.

A group of Hong Kong independence supporters display flags during a pro-democracy rally at Edinburgh Place in the Central district of Hong Kong on January 12, 2020.
DALE DE LA REY/AFP via Getty Images

Compounding these anxieties, the past several months of anti-government unrest, exacerbated by the administration’s repeated publicity blunders, sluggishness in communication and consultation, and perceived pandering to Beijing, have left the population with little reason to think that they are valued by the city’s leaders.

Compassionate nativism could mean prioritizing the poor and working classes through establishing more robust safety nets or comprehensive vocational schemes for individuals who were born and have toiled most of their lives away in Hong Kong. It also means committing to treating Hongkongers as a separate and equally important stakeholder as Mainland China.

From embracing the city’s distinct cultural identity and language, to championing the city’s virtues—transparency, freedom, and open-mindedness—the government can re-establish itself as the public’s servant, as opposed to a cohort of rubber-stampers taking instructions from Beijing. Satisfying local needs calls for more than short-sighted cash hand-outs or materialistic enrichment: it also requires a celebration of the city’s achievements and distinct political history. Should locals feel that their cultural identity could remain intact despite greater political proximity to China, their antagonism towards the “foreign” mainland immigrants will steadily decline over time.

Through rigorously incorporating oppositional viewpoints into its governance, the administration could also convince a fundamentally moderate public that there is a viable alternative path under which Hong Kong’s transition to becoming a semi-autonomous yet integrated part of China could take place—despite the territory’s institutional and political differences from its northern sovereign.

Hong Kong’s value to the mainland lies with its internationally accredited legal and financial infrastructure, founded upon its high-quality human capital and independence from the mainland’s political defects. If the public view the upholding of these institutions and their associated way of life as compatible with assimilation into China, popular support for risky secessionist movements will fall off.

In contrast, pivoting away from them would inflict far greater uncertainty and collateral damage upon both the city and China at large. Bold yet necessary acknowledgment of Hong Kong’s different way of life will be crucial to soothing local fears (certainly exaggerated) of an absolutist political takeover. In the long run, it would encourage more locals to embrace their northern compatriots with greater open-mindedness.

By permitting a healthy variant of nativism—just as it already does for metropolises such as Shanghai, Chengdu, and Guangzhou—Beijing will not only stifle the creep towards secessionism in Hong Kong, but also maximize the enclave’s untapped potential in areas such as innovation, technology, and cultural production, all areas where it could contribute towards China’s rise. A nativist outlook could energize and empower a new political establishment that speaks and hears the minds of Hongkongers yet can also connect with Beijing. Amid a global environment increasingly hostile towards China, Hong Kong is a valuable asset to Chinese growth, stability, and prosperity. Both Beijing and Hong Kong ought to recognize and embrace this fact. 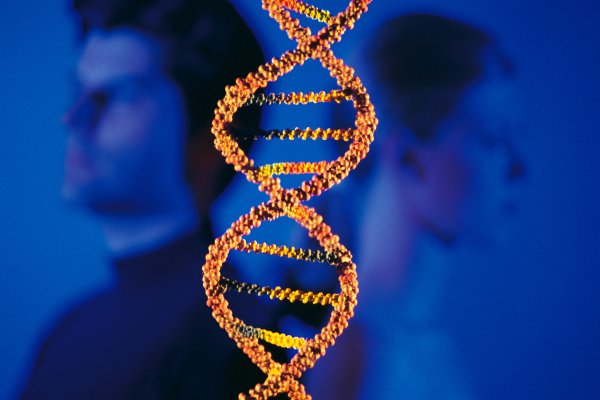 What DNA Tests Can't Tell You
Next Up: Editor's Pick