The ad, paid for by pro-Trump PAC the Committee to Defend the President, uses a clip from the audiobook of Obama’s 1995 memoir Dreams From My Father to falsely suggest Obama is criticizing Biden. According to Poynter’s Politifact, a fact-checking website, the ad takes Obama’s words “wildly” out of context. The section of the memoir, it says, is written from the perspective of somebody else: a black barber in Chicago, speaking about the politics of the city.

Later on in the passage, Obama goes on to talk about the power of African Americans to vote for candidates who represent the issues they care about. “The pro-Trump ad uses the passage to create the impression that Obama believed that black voters… sold their soul to the Democrats at election time,” Politifact says. “But the actual book passage is about the good things that come from voting.”

South Carolina is the first state with a large African American population to vote in the Democratic primaries. For Biden, who has historically received support from the black community, it presents perhaps a final chance to revive a flagging performance in the early stages of the race.

In the ad, a narrator’s voiceover begins: “Joe Biden promised to help our community. It was a lie. Here’s President Obama.” The misleading segment from Dreams From My Father then plays before the narrator concludes, saying: “Enough. Joe Biden won’t represent us, defend us, or help us. Don’t believe Biden’s empty promises.”

“This despicable ad is straight out of the Republican disinformation playbook, and it’s clearly designed to suppress turnout among minority voters in South Carolina by taking President Obama’s voice out of context and twisting his words to mislead viewers,” Obama’s communications director Katie Hill said in a statement. “In the interest of truth in advertising, we are calling on TV stations to take this ad down and stop playing into the hands of bad actors who seek to sow division and confusion among the electorate.”

Obama sent a cease-and-desist letter to the Committee to Defend the President on Wednesday, through an attorney. “This unauthorized use of President Obama’s name, image, likeness, voice and book passage is clearly intended to mislead the target audience of the ad into believing that the passage from the audiobook is a statement that was made by President Barack Obama during his presidency, when it was in fact made by a barber in a completely different context more than 20 years ago,” the letter said. 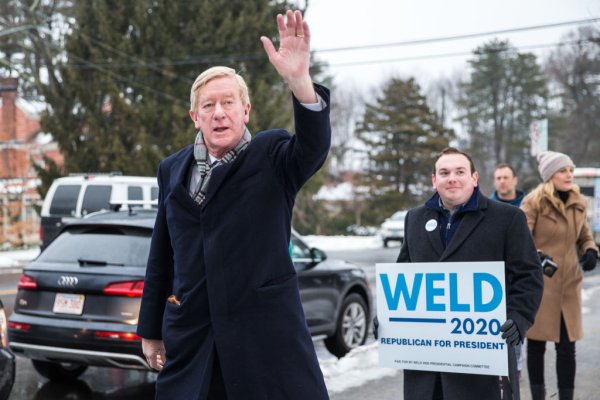