We Need to Defend America's Research and Science From Foreign Spying

As a Harvard physics student, I got to learn from some of the smartest minds on earth. My professors were also good people, and the department has a proud history both of great discovery and great service. Harvard physicists helped America win World War II, and then establish the ethical code around nuclear physics that helped keep the peace in the Cold War to follow.

Coming from that proud tradition, I was floored to learn that the head of Harvard’s chemistry department was getting paid secretly by the Thousand Talents Program. The Chinese Communist Party (CCP)—the same government that stifles dissent, kills and imprisons its own people, and is working to make the world safe for authoritarianism—plays a major role in administering the program.

Dr. Charles Lieber was arrested and charged with lying to the U.S. government about accepting from China $50,000 a month plus $150,000 per year for “living and personal expenses.” We don’t know yet exactly how his work advanced the CCP’s interests, but anyone who thinks China is anything less than America’s biggest economic and national security threat for the next fifty years is out to lunch.

This is serious stuff, dangerous business, and Dr. Lieber is not alone. The U.S. Attorney’s Office in Boston made two other arrests the same week. Yanqing Ye lied on her visa application, omitting that she’s a lieutenant in China’s People’s Liberation Army (PLA). According to the Department of Justice, she “accessed U.S. military websites, researched U.S. military projects and compiled information for the PLA” in addition to sharing technology to “decipher data for military applications.”

The third, Zaosong Zheng, tried to smuggle biological research vials back to China in his luggage.

These arrests won’t be the last. China has an all-out government effort to infiltrate our national security and educational institutions. The classified picture, which I see regularly as a member of the House Armed Services Committee, is even worse.

We need a better way to detect who’s working for China and other adversarial governments. Following these arrests, I introduced the Foreign Influence Registration Modernization Act, or The FIRM Act for short.

Congress wrote the original version of this law in 1938 to counter the rise of fascism in America as foreign operatives were spreading disinformation and propaganda. It’s an old law, but the name might sound familiar because Michael Flynn and Paul Manafort, associates of President Trump, recently pleaded guilty for failing to register their work on behalf of foreign nations with the U.S. government.

The law has served us well but is in serious need of an update. Currently, tour bus operators must register as foreign agents, but scientists paid by the CCP to complete work in America do not unless they’re working directly for a government agency like the Defense Department. The paper registration process is also cumbersome; it needs to be digitized, and the requirements narrowed to the new set of genuine threats facing our country.

Some scholars and universities are concerned that the law might be used for political purposes, discouraging foreign partnerships that are important for the advancement of science. But all we’re saying is that researchers doing China’s work, sometimes at serious risk to our national security, should have to register as consultants already do. We aim to make the process simple and efficient.

We wrote the bill to be as narrowly focused on this problem as possible. It only requires registration for people receiving funds from a government designated by the U.S. State Department to be human rights abuser. Collaborations with most countries won’t be affected at all, and we’ll be able to focus necessary and responsible national security oversight on real threats, namely China and Russia.

We should encourage collaboration among scientists and nations around the world. We just need to ensure authoritarian governments like the Chinese Communist Party aren’t able to steal our scientists and our secrets. The stakes are too high. 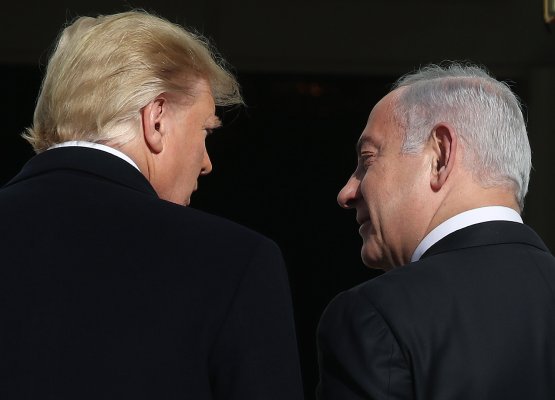 How the Trump Administration's Israel-Palestine Peace Plan Will Change the Middle East
Next Up: Editor's Pick