President Donald Trump demanded that Supreme Court Justices Sonia Sotomayor and Ruth Bader Ginsburg recuse themselves from future cases involving his administration after she wrote in an immigration case that her conservative colleagues were being too quick to clear his policies.

“She said some things that were obviously inappropriate,” Trump said of Sotomayor during a news conference in New Delhi on Tuesday, where he’s completing a two-day visit to India. Ginsburg voted with other liberal justices in the minority on the case but didn’t join Sotomayor’s dissent, which attracted widespread attention.

“I just don’t know how they cannot recuse themselves for anything Trump or Trump-related,” Trump said.

It wasn’t clear that Trump had read the dissent or was well informed about what Sotomayor had written. Fox News correspondent John Roberts asked him specifically what she had said that was inappropriate. Trump responded: “You know what she said, John.”

Sotomayor dissented from a 5-4 decision late Friday to let the administration start enforcing its new immigrant wealth test in Illinois. The test is designed to screen out green card applicants seen as being at risk of becoming “public charges” who are dependent on government benefits.

The same 5-4 Supreme Court majority had previously said the administration could start enforcing the test in the rest of the country. The court as a whole gave no explanation for either order.

In her dissent last week, Sotomayor wrote that cases related to the Trump administration have been rushed through the court system without being “ventilated fully in the lower courts.”

“Claiming one emergency after another, the Government has recently sought stays in an unprecedented number of cases, demanding immediate attention and consuming limited court resources in each,” Sotomayor wrote. “And with each successive application, of course, its cries of urgency ring increasingly hollow.”

Trump tweeted earlier in the day that “Sotomayor accuses GOP appointed Justices of being biased in favor of Trump,” attributing the remark to Fox News host Laura Ingraham.

That isn’t what Sotomayor wrote in her dissent. Roberts told Trump that the justice seemed to criticize the White House for appealing too often to the Supreme Court.

“No, I don’t think that was it,” Trump responded. “But I think what she did say was she’s trying to shame people with perhaps a different view into voting her way. And that’s so inappropriate.”

Sotomayor’s opinion said the court, which has five Republican-appointed justices, was being far quicker to intervene on behalf of the Trump administration than when faced with more compelling requests filed by death-row inmates.

“I fear that this disparity in treatment erodes the fair and balanced decisionmaking process that this Court must strive to protect,” she wrote.

The Supreme Court is hearing several major Trump-related cases in its current term, which runs through June. The justices are considering whether Trump can scrap the DACA deferred-deportation program and whether his banks and accountants must comply with subpoenas for his financial information from the U.S. House and a New York grand jury. 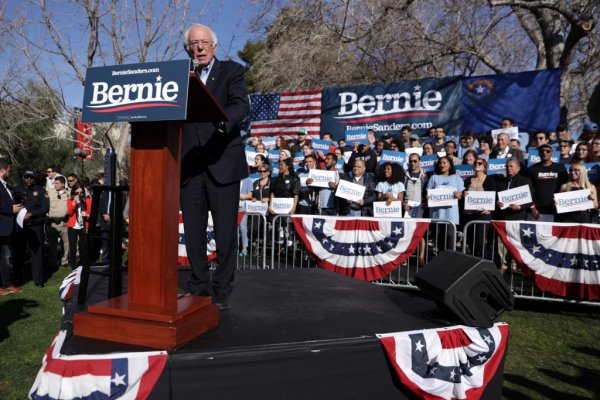 Bernie Sanders Won Again in Nevada. Can He Be Stopped?
Next Up: Editor's Pick