The anniversary of the Feb. 21, 1965, assassination of Malcolm X was surrounded by a renewed wave of interest in the black nationalist leader’s life and death — particularly with the release of the recent Netflix series Who Killed Malcolm X? and the subsequent news that the Manhattan District Attorney will review the investigation of his death.

But while the Netflix series attempts to provide a broad overview of his life, political activism and relationship with Elijah Muhammad and the Nation of Islam (NOI), it is missing a deep discussion of the many women who shaped Malcolm X’s political ideas and trajectory. At this moment heading out of Black History Month and into Women’s History Month, it’s worth noting that, in giving short shrift to those key individuals, the series is not alone.

Black women were key to Malcolm X’s political development and intellectual growth. Black women radicals such as Audley “Queen Mother” Moore and Vicki Garvin were his mentors. They helped him refine his ideas on various issues, including black radicalism and internationalism. They also offered advice and provided support and guidance as the well-known black nationalist leader navigated a myriad of challenges.

It is not surprising, therefore, that Malcolm spoke often of the challenges black women faced in the United States. In one of his most iconic speeches, delivered on May 22, 1962, he insisted, “the most disrespected person in America is the black woman.” Malcolm’s words ring true to this day — and marginalization of black women’s voices in mainstream narratives of his life underscore this point.

Although many gloss over her life and influence, Louise Little, Malcolm X’s mother, was one of the most important women in his life—a point that Malcolm’s daughter, Ilyasah Shabazz, discusses in her memoir, Growing Up X. Born in Grenada in 1897, Little relocated during the early 20th century to Montreal, where she became active in the Universal Negro Improvement Association (UNIA)– arguably the most influential black nationalist organization of the 20th century.

When she and her husband Earl relocated to Omaha in 1917, Louise Little became an organizer in a local UNIA chapter. According to historian Erik S. McDuffie, she was “a brilliant and dynamic woman, not some ‘crazy’ or apolitical figure as she is often portrayed in the scholarship about Malcolm X.” She was also Malcolm’s earliest teacher. Among other things, Little exposed Malcolm and his siblings to various languages (she spoke several, including French and Patois) and insisted that they read black newspapers like the Negro World. These early experiences left a mark on Malcolm. They laid the groundwork for his later interest in global issues.

Malcom X’s views on black radicalism were also shaped by his friendships with several black women activists and writers. During the early 1940s, political theorist and labor organizer Vicki Garvin actively tried to encourage Malcolm to join the Community Party. While Malcolm resisted the idea, he acquiesced to Garvin’s invitations to attend several lectures and talks in Harlem. Those early encounters sparked the beginning of a lifelong friendship between the two. Historians Erik S. McDuffie and Komozi Woodard note that the two activists spent much time discussing “revolution and political economy,” and those conversations were crucial for shaping Malcom’s political outlook. While in Harlem, Malcolm also developed meaningful friendships with several other women, including Maya Angelou, Shirley Graham Du Bois, and Audley “Queen Mother” Moore.

“Queen Mother” Moore, a key figure in the modern reparations movement, was especially influential to shaping Malcom’s views on self-determination and black internationalism. Born in New Iberia, La., in 1898, she was an active member of the UNIA until she joined the Communist Party during the early 1930s. By the 1950s, she was widely recognized as one of the most influential black female political organizers and theorists in the nation. Malcolm X gravitated to Moore, who never missed an opportunity to empower young black activists.

The two worked closely together in those years, with Moore emphasizing to Malcolm the significance of Pan-Africanism and internationalism in the struggle for black freedom. These encounters and conversations helped Malcolm to broaden his political vision and embrace a more global perspective. They also planted the seeds for his decision to establish the Organization of Afro-American Unity (OAAU), which advocated collaborations between African Americans and other people of African descent in the Americas.

Following Malcolm X’s assassination, the women who supported him throughout his life worked tirelessly to keep his legacy alive. His widow Betty Shabazz was especially influential in this regard. While juggling many responsibilities, including raising six children on her own, Shabazz worked to advance her husband’s political work and ensure that others would better understand his ideas and ideologies. In 1975, she earned a doctorate in education from the University of Massachusetts at Amherst, where she completed a dissertation on the organization Malcolm had founded several years earlier.

From Louise Little to Betty Shabazz, black women were influential to shaping Malcolm X’s ideas and political development. He acknowledged as much in his own writings and speeches. No history of Malcolm X is therefore complete without a serious consideration of the women in his life who served as mentors, teachers, confidants and friends. 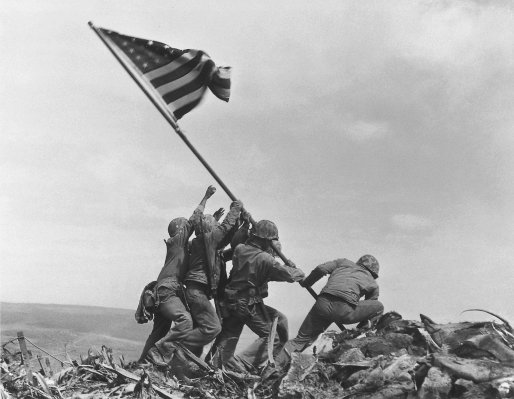 The False Hope of the Iwo Jima Flag-Raising Photo
Next Up: Editor's Pick