'You Never Find Quiet Except Under a Tyranny.' Congress Has Always Been Partisan and That's a Good Thing.

In the throes of the worst crisis in American history, the Civil War, Democrats in Congress repeatedly attacked Abraham Lincoln as a “tyrant” and even his fellow Republicans questioned his competence and investigated his generals. Beleaguered though he often felt, Lincoln never claimed that Congress lacked the authority to challenge his actions or declined to answer legislators’ requests for information. Even in the midst of all-out war, Lincoln recognized Congress as the primary repository of the people’s will, and he understood that the Founders never intended the president to be beyond the reach of its authority.

Our current president offers the starkest of contrasts. Donald Trump seems to believe that executive power fundamentally exists to serve the personal interest of the president and that any congressional challenge to that power is not just an insult but unconstitutional. If his attitude seems like that of a would-be monarch he may be more dangerously in tune with public sentiment than many Americans imagine. After three years and an unending stream of imperious behavior that has shown contempt for basic democratic norms and institutions support for the president has only grown. 43 percent of Americans express a “great deal” or “quite a lot” of confidence in the man in the White House. To add statistical insult to injury, barely 25 percent feel comparable respect for Congress (some polls have put the figure in the single digits), and more than half feel virtually no respect for it at all. Even more disturbingly, recent polls show substantial disdain for republican government itself among younger Americans, some 30 percent of whom do not believe that it is important to live in a democracy.

Contempt for Congress flourishes alongside an increasingly common belief among both Republicans and Democrats that the presidency is the main engine of government, rather than an office whose power was deliberately circumscribed by the Constitution. Until comparatively recently, most Americans understood that it was Congress that was the nation’s most important seat of power. Attitudes began to change during Franklin Roosevelt’s presidency and gathered momentum after World War II.

The current disdain for Congress is often blamed on today’s supposed excessive partisanship. There’s something to that. But America has been here many times before. Savage partisanship also characterized the election of 1800, the run-up to the Civil War in the 1850s, the McCarthy era, and the ideological struggles over the Vietnam War in the 1960s and 1970s.

The low esteem in which Congress is held today may well be more rooted in a widespread but false idea that government is supposed to be smooth, efficient, and collaborative, and that compromises are easy. None of that is true. The Founders knew from the beginning that republican politics would be messy and full of conflict. In fact, they were proud of it, because they recognized it as democracy in action. Whatever their party loyalties, Americans took immense pride in what Patrick Henry called the “crazy machine” of government. Congressional politics, they knew, was as James Madison vividly put it, an “impetuous vortex.” After all, Americans had just fought a revolution not to tame politics but to put it, with all its often frustrating turbulence, into government.

Congress has only occasionally functioned like a well-oiled machine. One of those instances was the First Congress, which between 1789 and 1791 produced a prodigious raft of legislation that put institutional flesh on the bare bones of government as outlined in the Constitution, establishing the executive departments, the Supreme Court and the federal court system, enacting the first amendments to the Constitution, creating a revenue stream for the federal government, founding the first national bank, launching the first census, and much more. In another instance, the two Civil War congresses recruited the North’s armies, raised the money to pay for them, freed and armed the slaves, reinvented the nation’s financial system, and still found time to produce enabling legislation for the Transcontinental Railroad, western homesteading that turned the nation into an agricultural superpower, and land-grant colleges that democratized higher education. Later, Franklin Roosevelt’s New Deal congresses enacted a flood of measures that addressed the ravages of the Great Depression including the Social Security system. Finally, the Great Society congresses of the 1960s churned out social and civil rights legislation like grist in a mill. All four of these examples had one thing in common, and it is extremely rare: huge, veto-proof majorities of one party that was rarely compelled to yield ground to the minority.

We tend to blame gridlock on feckless legislators. But when ideological disagreements are deep and significant and the parties are relatively balanced, as they are today, it is not easy to compromise. For many years before the Civil War, it was virtually impossible to craft any kind of lasting compromise on the leading issue of the day: slavery. And it took generations for a consensus to evolve in support of protecting civil rights for African-Americans. Fortunately, only once has such a political stand-off led to a civil war.

Gridlock is frustrating, but it is far less dangerous to the republic than the disintegration of faith in American government that we are seeing in record numbers today. Disdain for Congress in particular is deeply and unforgivingly un-American. It betrays a gross lack of understanding of both our structure of government and how it was designed to operate. Americans’ impatience for a president to act decisively by fiat or “executive order” – a tactic espoused by members of both major parties – ignores the constitutional role of Congress and fosters distorted expectations of government. Misunderstanding in turn breeds recurrent cycles of unrealistic hope and disappointment. Awash in cynicism, frustrated citizens perhaps not surprisingly look to a strongman to solve their problems – or at least keep them entertained.

Donald Trump will pass from the scene sooner or later. Much if not all of the policy damage that he has wrought can eventually be remedied; the nation’s international reputation can be rebuilt. But it will take more than a new face in the West Wing to rebuild our faith in the antique but nonetheless remarkably resilient system that we have inherited.

The Founders prescribed a simple remedy for political paralysis: elections. But we all know that elections may prove less definitive than voters might wish. Deep political conflicts – over climate change, health care, and war – may take a lot longer to resolve than our impatient, technology-driven society and ideology-driven voters wish. Self-righteousness is not a substitute for the slow and painstaking crafting of legislation that is acceptable to enough members of Congress – and to enough of the public – to actually be effective.

During the Civil War, Senator William P. Fessenden, a crusty New Englander and one of the wisest members of Congress, remarked, “I would not have perfect quiet always, in a republic especially. You never find quiet except under a tyranny.” Fessenden, who suffered gladly neither fools not delaying tactics, nonetheless understood what Madison had 75 years earlier: that Congress was a tumultuous stew of self-interests seasoned with passions, and that to accomplish anything required creative skill but also immense patience and tolerance. The work of Congress may seem needlessly quarrelsome and glacial, but it is just the cacophony of our own American voices distilled to a cadre of 435 members of the House of Representatives and 100 senators. The Founders never spoke of efficiency or speed in government. If we are to survive as a democracy we must relearn the tolerance for conflict and the acceptance of political frustration that they bequeathed to us along with the majesty of the Constitution and our insatiable taste for freedom. 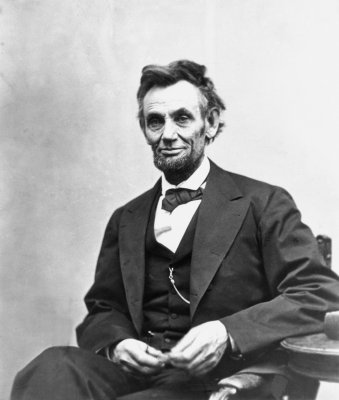 How Lincoln Healed a Divided America
Next Up: Editor's Pick