A woman looks at a section of the Parthenon Sculptures exhibit in the British Museum in London, England, on February 13, 2020.
David Cliff—NurPhoto/Getty Images
By Katie Reilly

The United Kingdom has denied it would consider the return of the Elgin Marbles to Greece as part of any post-Brexit trade deal negotiations with the European Union.

The sculptures, which date back to the fifth century B.C., were taken from the Parthenon temple in Athens in the early 19th century by British diplomat Lord Elgin, and are currently on display in the British Museum in London. They have been the subject of dispute for decades, as Greece has argued they were unlawfully removed and should be returned.

A statement on the British Museum’s website describes the Marbles as, “a part of the world’s shared heritage and transcend political boundaries.”

The United Kingdom officially left the European Union on Jan. 31. Trade negotiations are scheduled to start next month between the U.K. and the bloc next month.

“The parties should address issues relating to the return or restitution of unlawfully removed cultural objects to their country of origin,” the latest draft of a potential trade agreement being drafted by the E.U. reads, according to The Times of London. The clause was widely interpreted to be a reference to the Marbles, though both Greek and U.K. officials have denied that to be the case, Bloomberg News reports. (Instead, Bloomberg News cites a Greek source saying it should be read as applying more broadly to “stolen pieces” of art, such as “18th and 19th century paintings.”)

But last month, Greek Culture Minister Lina Mendoni told Reuters the country would continue to campaign for the Marbles’ return and expected to gain support from other European Union countries amid the Brexit fallout.

“It is the mentality that has changed, the fact that Britain is distancing itself from the European family, it is 200 years since the Greek revolution. I think the right conditions have been created for their permanent return,” Mendoni said.

“Motivated by financial gain, publicity and self promotion, Elgin deployed illegal and untoward measures to extract from Greece the Sculptures of the Parthenon and a plethora of other antiquities in a blatant act of serial theft.”

“The EU [is] still finalizing their mandate – this is currently in draft,” a U.K. spokesperson said in a statement, according to British newspaper The Independent. “The UK’s position on the Parthenon sculptures remains unchanged. They are the legal responsibility of the British Museum. That is not up for discussion as part of our trade negotiations.”

In a book released last year, Who Owns History? Elgin’s Loot and the Case for Returning Plundered Treasure, human rights lawyer Geoffrey Robertson had called for the British Museum to return the Elgin Marbles and other “pilfered cultural property”

“The trustees of the British Museum have become the world’s largest receivers of stolen property, and the great majority of their loot is not even on public display,” Robertson said, according to The Guardian, accusing the museum of telling “a string of carefully-constructed lies and half-truths” about how the marbles “were ‘saved’ or ‘salvaged’ or ‘rescued’ by Lord Elgin.”

The British Museum has maintained that the marbles were acquired legally with approval from the Ottoman Empire at the time and has argued the sculptures can be best preserved in London. In 2009, Greece offered up a counterpoint in the form of a new museum built at the foot of the Acropolis — which currently houses Parthenon sculptures that Elgin left behind — with space to accommodate the marbles in London.

Most Popular on TIME
1
Beirut Explosion Triggers Widespread Destruction
2
Explosion in Beirut: Photos From a City Still Reeling From the Blast
3
How Corporations Can Address Racial Inequality 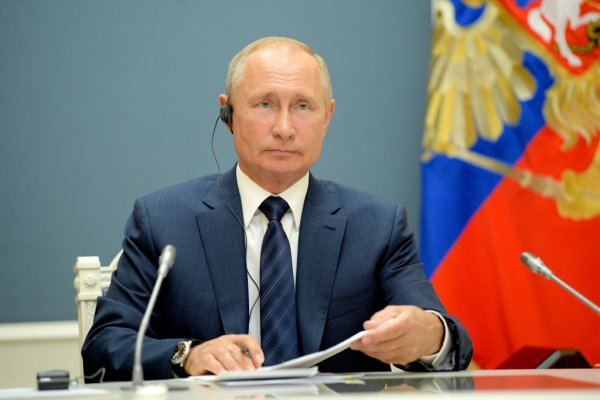