Dogs just want to get in on the game, too. That was certainly the case for one eager pup who interrupted a match between two professional Turkish soccer teams at an Istanbul stadium over the weekend.

But the canine interloper wasn’t just a stray distraction: the dog was clearly there to prove he was perfectly capable of handling the ball, evading players’ attempts to secure it back for about 20 seconds with some impressive skills that even the game’s commentator had to applaud.

Eventually, it was lured off the pitch — but not for long, reappearing on the sidelines with bountiful energy later in the game. Reuters reports it was ultimately a player, midfielder Zeki Yildirim, who finally picked up the pup and carted it off somewhere more secure so the two teams could finish their game without more furry (but frankly delightful) distractions.

In the end, Yildirim’s team — the home side, Fatih Karagumruk Spor — bested visiting team Giresunspor 2-1. Perhaps the dog was a secret home team advantage. Or perhaps it’s time for them to adopt it as an unofficial mascot, as it clearly got the crowd going. Either way, congrats to this canine for figuring out how to get onto the field, stealing the ball from paid players and winning the hearts of a whole new audience. Good dog! 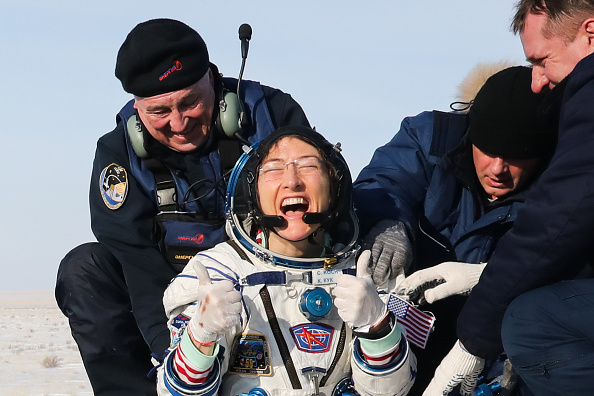 Dog Could Not Possibly Be Happier About This Astronaut's Return to Earth After a Year in Space
Next Up: Editor's Pick