'We Are Very Worried.' Jailed Saudi Blogger Raif Badawi's Family Say They Have Not Heard From Him In Over a Month

Jailed Saudi blogger Raif Badawi, currently serving a 10 year prison sentence for criticizing the Saudi Arabian regime online, has not been heard from in more than a month, leaving his family fearful for his well-being, and unsure if he is still alive.

The last time Badawi’s family heard from him was on Jan. 14, his family’s spokesperson Elham Manea tells TIME. Since then, his daily phone calls from prison have suddenly and inexplicably stopped. Last week, prison authorities told Badawi’s wife, Ensaf Haidar, that he does not want to speak with her, Manea says.

“When I talk with her, it’s like a light has been extinguished,” Manea continues. “They are playing her like a ping pong ball. It’s a kind of desperation she feels.”

The extended period of silence comes after Badawi, who had already been in poor health, went on two hunger strikes in September and November 2019 to protest the poor conditions in which he was being held. “You can imagine why we are very worried,” Manea says. “First, it’s breaking a pattern. Second, it’s coming after a hunger strike and a deteriorating health situation.” (Badawi’s family believe he was moved to a hospital after his second hunger strike, Manea says, but have been unable to confirm this given that they are unable to speak with him.)

Haidar, who now lives in Canada with her and Badawi’s three children, has had no updates from the Saudi regime on his health.

Badawi, who ran a website on which he published criticisms of Saudi Arabia’s religious elite, was convicted in 2013 of “insulting Islam through electronic channels.” He was initially sentenced to seven years in prison and 600 lashes. The following year, his sentence was increased to 10 years and 1,000 lashes. He has received 50; the rest have been repeatedly postponed amid warnings from his wife he would not survive the ordeal.

Online, he also advocated for reforms to Saudi Arabia’s theocracy, calling for a separation between religion and the state and questioning the Kingdom’s male guardianship system. Under the country’s current Crown Prince Mohammad bin Salman, rules on male guardianship have been relaxed and women permitted to drive, amid a push to refresh the country’s image and attract foreign investment. But Badawi and other human rights activists remain imprisoned.

Read more: Is the End of Saudi Arabia’s Driving Ban a Rebrand or a Revolution?

“This man was only calling for changes that will be better for Saudi Arabia,” Manea says. “Parts of what he’s calling for are being implemented… If that is the case, why punish him for something you actually believe in right now? You see developments taking place on the ground and wonder why is he inside of this prison?”

At the 2020 Geneva Summit for Human Rights and Democracy, Manea addressed the Saudi crown prince directly, pleading with him to release Badawi. “It is time to end this ordeal,” she said on Monday at a special session held at the U.N.’s Palais des Nations headquarters in Geneva. “What we need now is your compassion.” 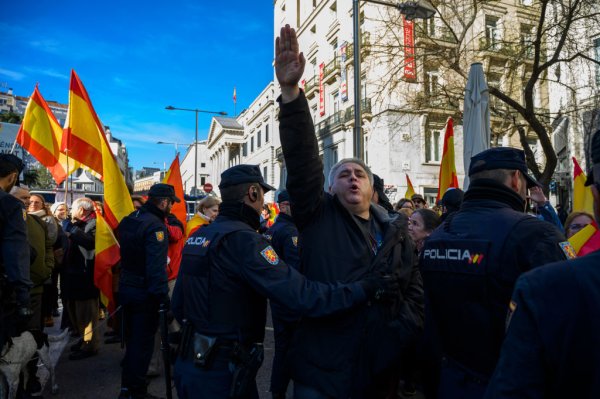 This Researcher Juggled Five Different Identities to Go Undercover With Far-Right and Islamist Extremists. Here's What She Found
Next Up: Editor's Pick