President Donald Trump makes a speech as he attends a signing ceremony at Joint Base Andrews, in Maryland, on Dec. 20, 2019. U.S.
Yasin Ozturk—Anadolu Agency/Getty Images
Ideas
By James Stavridis
Admiral Stavridis (Ret.), a TIME Contributing Editor, was the 16th Supreme Allied Commander at NATO and is an Operating Executive at The Carlyle Group. His new book is 2034: A Novel of the Next World War. His previous nonfiction book was Sailing True North: Ten Admirals and the Voyage of Character

The massive 2021 Department of Defense budget that the White House sent to Congress clocks in at $740.5 billion, with $705.4 billion earmarked for the Pentagon – the remainder to the Department of Energy and other government agencies for national security projects. As always, the preparation of the request to Congress was a long and tortuous project, spearheaded by the Secretary of Defense and his team through an interminable series of reviews. Each of the services fought hard for its share of “topline” (a Pentagon term for the entire U.S. defense budget) in an annual ritual that at times can resemble a circular firing squad. The theme of this year’s exercise was to reshape the military for combat with Russia and China (so-called “peer competitors”) and prepare for a “new era of great power competition.” The Joint Staff’s leading “budget” officer, Vice Admiral Ron Boxall, said that we are “now looking forward to a higher-end fight against an adversary that will have a higher capability.”

There is some cutting of older force structure (planes, tanks, ships) in order to ensure higher levels of readiness (the ability of the platforms to actually get underway and perform operationally). The Air Force, for example, says it wants to cut some of its older planes and drones (B-1 long-range bombers; A-10 tactical attack planes; F-16 and F-15 fighters; C-130 cargo planes; and some of the high-flying Global Hawk spy drones). [Disclosure: I consult for defense contractor Northrop Grumman.] The other services will make similar cuts, which makes sense to open up funding for both readiness and new systems.

A big-ticket item is almost $30 billion for nuclear weapons, nearly a 20% increase over 2020. This will buy the Navy’s top priority warship, the new COLUMBIA-class ballistic nuclear submarine; the B-21 stealth bomber; and upgrades on a variety of nuclear warheads. This will be a controversial section of the bill as it is a continuation of the current strategic triad structure of ballistic missile submarines, long-range bombers, and in-ground intercontinental missiles. It does not show any new strategic thinking about nuclear weapons. The decision to make lower-yield nuclear weapons is likewise controversial, because most analysts believe such weapons are destabilizing in that they could encourage nations to use nuclear weapons in situations short of a doomsday scenario. Not a good prospect for the world.

It is a huge amount of money, and the projected requests for follow-on budgets show roughly 2.2 percent increases each year through 2025 to $768 billion in the final year of the plan.

Does all of that make sense?

Ultimately, despite making a huge spending request, the budget as presented relies too much on traditional big platforms and fails to go far enough in addressing emerging defense needs. At heart, it follows a conservative philosophy of clinging to what is known and comfortable. This is somewhat understandable – think of it like mountain climbing: you don’t want to let go of something until you are sure you have a good new grip. But now is the time to take risk and at least let go with one hand while you reach for a new perch in the technology wars that are underway, especially between the U.S. and China.

There are three key areas in which the Department of Defense should be investing.

One is unmanned systems – this includes not only airborne “drones” but also space solutions and unmanned vehicles on the surface of the sea and at great depths in the ocean. Using unmanned systems will decrease both the cost (the most expensive element over time in a combat system are the people) and the vulnerability of forward operations. Unmanned will also allow us, over time, to leverage advances in machine learning and artificial intelligence that are coming.

A second critical element is additional investment in special and elite forces. Large infantry formations are unlikely to have effect in the future – we do not share borders with any of our principal adversaries. While the new Space Force is a good initiative, we need a Cyber Force as well. The real battlefield of the future will likely be in cyber – the ability to attack critical infrastructure, our financial systems, our educational and medial establishments, and individuals. The wars of the future will not turn on massive tank battles on the high planes of Asia, but in the electronic passages of the internet.

Third, another crucial missing element is what may be termed “soft power.” That is medical diplomacy, humanitarian relief, building schools and clinics, counter-narcotics, “rule of law” seminars, and a myriad of military-to-military engagements that do not require combat operations. All the geographic combatant commanders do such operations, but both U.S. Southern Command (Latin America) and U.S. Africa Command excel at this. As usual, this is an underfunded area in the budget, despite the importance (and cost-effectiveness) of such operations. As my good friend General Jim Mattis has said, “If you don’t fund the State Department fully, then I need to buy more ammunition ultimately.”

Do we need some traditional platforms (particularly maritime and long-range air) capable of conducting combat operations – in extremis – against our opponents on the Eurasian landmass like Russia and China? Yes. But we would be better advised to focus on cyber, special forces, and unmanned systems while continuing to improve our soft power tools and build on alliances with partners and friends. That will be the best way in which we can create lasting security in this turbulent 21st century. 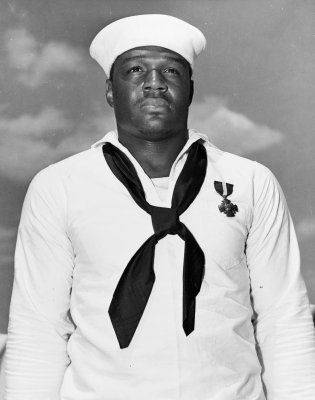