Parole Hearings Are a Cruel Way to Decide a Prisoner's Fate. Here's How to Make the Process Fairer

A cropped image of a man in handcuffs.
Cavan Images—Getty Images
Ideas
By Glenn Freezman
Glenn Freezman is a motivational speaker based in Philadelphia, who presents in front of audiences across the country.

Parole hearings are supposed to provide inmates who are eligible for release an opportunity to make their case for freedom. But the current system too often throws them in front of a board of strangers without a stitch of preparation or guidance. Some inmates are given only a few minutes to say their piece over video conference. Others are peppered with questions in person.

It is a cruel and callous process that sets inmates up for failure. Most end up being denied: In California, the grant rate for individuals being considered for parole was 18% in 2015. In Ohio, where a former parole board member called the system secretive and “frighteningly unfair,” the grant rate was 7%. In Illinois, the grant rate in 2014 was zero.

There is an ongoing and complicated conversation about whether parole hearings should be a part of the criminal justice process in the first place. But in states where these hearings are the designated method by which an individual’s fate is decided, it is a moral duty to equip inmates with at least the basic tools and direction needed to present their case.

State Departments of Corrections should provide every inmate eligible for parole with a case manager who is tasked with helping that inmate prepare for his or her parole hearing.

I know firsthand that a little bit of compassionate, structured support can go a very long way. Every other Tuesday for the past five months, I have spent hours working with and getting to know individuals serving time at the New Jersey State Prison. I’m fortunate enough to be among a small group of volunteers – all members of a local Gavel Club organized by Toastmasters, the nonprofit organization that teaches public speaking – who help inmates of all ages write and practice delivering speeches.

The idea of the program is simple: we offer participants pointers on different ways to organize ideas on the page and coach them on how to most effectively communicate what they have written in front of a group of listeners. Over the course of the program, every participant gets an opportunity to speak and we provide feedback. The result can be powerful.

I will never forget one evening when a regular participant of the program – let’s call him James – stepped up to the podium. He began by telling us that he had always wanted to be a painter or an artist. He recalled roaming the neighborhood streets as a kid and asking for paper and pencils and markers and paint. Most people shooed him away, but some would reprimand him: “That’s not what you need to become a man,” they would say.

It was on those same streets where one man handed him a gun. Killing a gang banger, the “big guy” insisted, was how James would become a real man. That was how he could do good for society. James, desperate for a clear path to adulthood, believed him.

Standing at the podium, James relived the moments when he approached a shady-looking crowd of people two blocks from his home. He had zeroed in on one guy who had his pants hanging low and his hat turned sideways. Then he nervously walked up to the guy, lifted the gun to his head and unloaded it. Stricken by a bolt of fear and panic, he then sprinted away, indiscriminately firing several more shots behind him.

James remembered the police showing up at his house later to arrest him. But before taking him to jail, they took him to the morgue. There were two coffins. In one was the man from the crowd. In the other was his mother, lifeless. A stray bullet he had fired while running away killed her. You could hear a pin drop in our room at the New Jersey State Prison. The lesson, James told us, was that when you kill another person, you inevitably kill a part of yourself.

Heartbreaking, complicated, tragic stories like this need to be heard during parole hearings. Of course, they do not excuse murder or any other violent act – that is never the point. Rather, they reveal if and how an individual has come to terms with what they have done. And whether or not an individual has taken the time to reckon with their actions is one of the best indicators of how they are likely to act if released.

States need to give inmates a fair chance to convey their innermost thoughts and feelings about the events that altered the course of their lives. No doubt, some will have no interest in engaging. But my experience at the New Jersey State Prison tells me that many do. Remorse can cut deep.

If parole hearings are meant to evaluate the likelihood of an individual reoffending and ending up back behind bars, then inmates need to have a chance to speak. Providing every inmate with a case manager would be a good start. 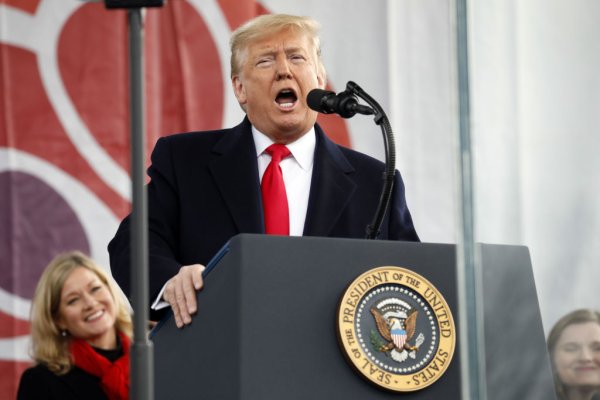 I Questioned the Sincerity of Donald Trump's Pro-Life Stance. The Response From My Fellow Evangelicals Was Troubling
Next Up: Editor's Pick