Serena Williams has made a name for herself in countless arenas; one only needs to look as far as her record-breaking 23 Grand Slam titles, her forays into fashion and venture capitalism, and her vocal activism. However, balancing these multiple roles has helped Williams realize the importance of one of her most personal roles in life: being a mother.

During the New York Fashion Week showing of her jet set-inspired collection for her clothing line S by Serena on Tuesday morning, Williams sat down for an intimate conversation with Anna Wintour, where she talked about how becoming a mother to her 2-year-old daughter Olympia has changed the way she approaches work and life.

“Being a mom is super important, but also being a leader so my daughter can look at me and say, ‘This is what my mom did.’” Williams said. “I aspire to do that and I want to be better…It’s really important to me to inspire the next generation because that’s what the future is.”

Williams also emphasized the need to recognize the challenges and triumphs of working motherhood. When asked by Wintour who her heroes are, she pointed to women who juggle parenting with the demands of a job.

“My heroes have changed…after having a child, my heroes are moms because women are superheroes,” she said. “To have a baby and then have to go to work two or three weeks later or work a 9-5…I’m fortunate to not have to do that,” she said, noting that her business pursuits are different than what the majority of other women’s work looks like. Williams was steadfast in reiterating support for working mothers in all situations.

“I’m at a loss for words when I think of women who work day in and day out, providing for their families, when I know how hard it is for me to leave my daughter. I never felt that way until I became a mom. I think women need to be recognized.” 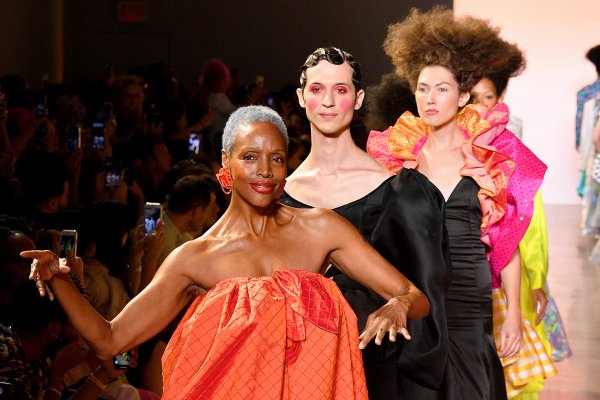 10 Designers You Should Watch at New York Fashion Week
Next Up: Editor's Pick