The Most Reverend Justin Welby, Archbishop of Canterbury talks at a debate on social inequality at the annual CBI conference on November 18, 2019 in London, England.
Photo by Leon Neal—2019 Getty Images
By Suyin Haynes

The Church of England has voted to apologize for “conscious and unconscious racism experienced by countless Black, Asian and minority ethnic” people over the past seven decades, as its senior bishop said Tuesday that the church is “still deeply institutionally racist,” according to the BBC.

At a meeting of the General Synod, the church’s governing body, Archbishop of Canterbury Justin Welby said that he was “ashamed” of the the church’s history of racism. During the Synod, members voted to apologize for the church’s past actions, and to “stamp out all forms of conscious or unconscious racism.”

The Church also published a statement referring specifically to the ways it benefitted from the arrival of people, mainly from Jamaica and other Commonwealth countries in the West Indies, in the U.K. in the 1940s, 50s and 60s — while at the same time discriminating against them. At that time, the U.K. government appealed to citizens of the British commonwealth to move to Britain and help rebuild the country after the Second World War. These migrants became widely-known as the “Windrush Generation.” after the HMT Empire Windrush ship which arrived in the U.K. in 1948. That particular journey carried over 1,000 passengers to the U.K., with 802 passengers giving their last country of residence as somewhere in the Caribbean.

As the church’s statement outlined, many of these people — as well as thousands of their descendants, and later generations who migrated from the West Indies to the U.K. — experienced “shocking racism in parish churches, as well as in wider society.” The church’s statement outlined the story of Doreen Browne, who made a 14 day journey from Barbados to London in 1956, aged 16, and described the racism her mother experienced as “very unfair.” Browne recalled that a priest barred her mother from even entering his London church for Sunday worship.

The 70th anniversary marking the anniversary of the Windrush’s arrival in the U.K. was marred by national scandal, as investigations revealed that the British government had wrongly deported or detained at least 164 members of the Windrush Generation. Due to a change in immigration law in 1973, people who had at that time settled in the U.K. were granted indefinite leave to remain, but were not given documents to prove it.

Four decades later, many were denied immigration status and removed from the country because of that oversight, under policies enacted by the U.K.’s Conservative government. Those affected told The Guardian they felt like they had been betrayed and as if they “didn’t exist.”

The then-U.K. Home Secretary Amber Rudd apologized and resigned over the scandal in 2018, which was linked to the government’s “hostile environment” immigration policy (which required people to provide evidence of their citizenship and immigration status to employers, National Health Service staff, landlords and other authorities). The policy was instated by Rudd’s predecessor Theresa May, who said in 2012 that her aim was to foster “a really hostile environment for illegal migration.” In April 2018, May — then Prime Minister — apologized to Caribbean leaders over the controversy; a year later, the government announced they would pay up to £200 million ($259 million) in compensation to those affected by the scandal, which is thought to have affected thousands of people.

Welby said that the Church too had been a “hostile environment” to members of the Windrush Generation, and the Synod’s statement resolved to “increase the participation and representation of lay and ordained Black, Asian and minority ethnic Anglicans throughout Church life.” Welby’s comments are particularly significant as the Archbishop of Canterbury is also the symbolic head of the worldwide Anglican Communion, a family of churches in more than 165 countries.

According to the latest available statistics, 1.12 million people in England regularly worshipped at Church of England churches in 2018, while a 2014 internal diversity audit found that 7% of Church of England congregations were minority ethnic groups. 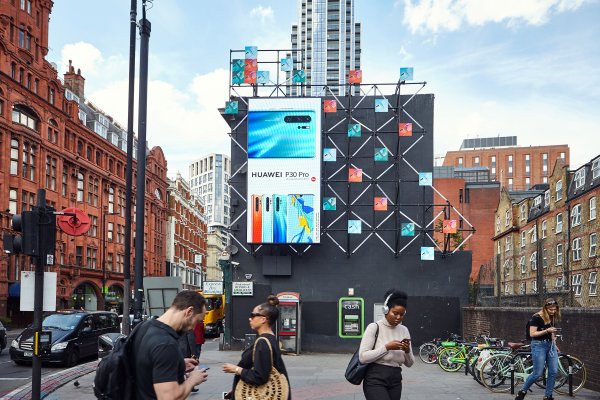 Britain Sides With China In Technology Cold War
Next Up: Editor's Pick