Queen Elizabeth’s eldest grandson Peter Phillips and his wife Autumn have announced they are divorcing after 12 years of marriage.

Phillips is the son of Princess Anne — the Queen’s second child and only daughter — and her ex-husband Mark Phillips. He is currently 15th in line for the British throne.

“After informing HM The Queen and members of both families last year, Peter and Autumn jointly agreed to separate,” the couple’s spokesperson said in a statement provided to TIME on Tuesday morning. “They had reached the conclusion that this was the best course of action for their two children and ongoing friendship. The decision to divorce and share custody came about after many months of discussions and although sad, is an amicable one. The couples first priority will remain the continued well being and upbringing of their wonderful daughters Savannah and Isla.”

The pair said they intend to still live in Gloucestershire (Autumn Phillips was born and raised in Canada) and have requested “privacy and compassion for their children while the family continues to adapt to these changes.”

They were married in 2008 at Windsor Castle.

Their announcement comes just a few weeks after the Queen’s grandson Prince Harry and his wife Meghan Markle announced their plans to end royal duties and split their time between the U.K. and North America, attempting to become financially independent. Prince Andrew, the Queen’s second oldest son, also stepped down from his royal duties in November amid controversy over his once-friendship with convicted sex offender Jeffrey Epstein. 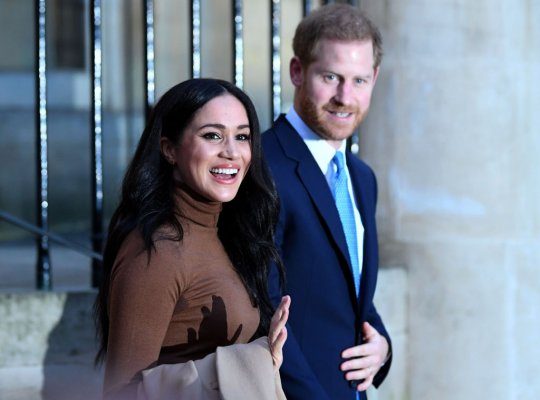