OR-54 when she was 1.5 years old.
The Center for Biological Diversity courtesy the United States Fish and Wildlife Service
By Madeleine Carlisle

An endangered gray wolf known as OR-54 was found dead on Wednesday, the California Department of Fish and Wildlife (CDFW) announced in a statement. She had traveled over 7,646 throughout California since she broke from her pack in 2018.

The female wolf was collared by biologists on October 2017 and was between 3 and 4 years old when she died, according to officials. She was found dead in Shasta County, Calif.

The CDFW is investigated the cause of her death. Gray wolves are covered under both the Federal Endangered Species Act as well as the California Endangered Species Act, and killing one is punishable for up to one in jail and a $100,000 fine. Another gray wolf, OR-59, was found reportedly shot to death in Northern California in 2018, and his death is still unsolved. Wolves are tagged and tracked to help scientists monitor the endangered species.

Officials said they believe OR-54 was born in Oregon in 2016, but broke from her pack on Jan. 23, 2018. The CDFW said in a February 2018 statement that “[h]er departure from the pack’s territory suggests that she may now be dispersing, or exploring new ground in search of a mate or another pack.”

Since then, she spent most of her time in Northeastern California, traveling over 7,646 miles, per authorities. According to a report, she covered 1,013 miles between October and December of 2019, average 13 miles per day. Her collar reportedly appeared to stop working in December.

“Her travels represent the southernmost known wolf locations in the state since wolves returned to California in 2011,” the CDFW said in a statement on Thursday.

According to the Center for Biological Diversity (CBD), fewer than a dozen confirmed gray wolves now live in California. Wolves were repeatedly killed in the state throughout 20th century in an attempt to defend livestock. When a gray wolf named OR-7 entered California from Oregon in 2011, he was the first confirmed wild wolf in the state in nearly 90 years. According to the CBD, OR-54 was believed to be one of OR-7’s children.

“This is a tragic development for the early stages of wolf recovery in California,” said Amaroq Weiss, a West Coast wolf advocate at the Center for Biological Diversity, in a statement. “Like her dad, the famous wolf OR-7 who came to California years ago, OR-54 was a beacon of hope who showed that wolves can return and flourish here. Her death is devastating, no matter the cause.” 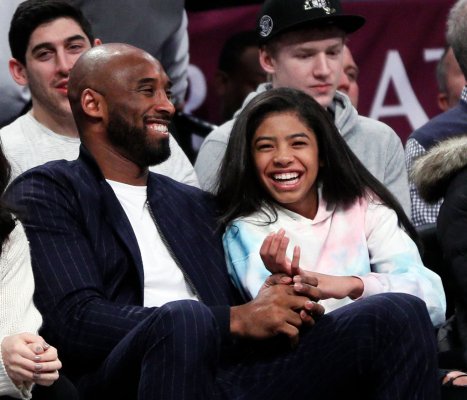 Teenage Basketball Players and Coaches Among Those Who Died in Helicopter Crash That Killed Kobe Bryant
Next Up: Editor's Pick