Trump Gave a Scholarship to a 4th Grader ‘Trapped’ in a ‘Failing’ Public Education at the State of the Union. She Reportedly Attends a Top Charter School

President Donald Trump delivers his State of the Union address at the U.S. Capitol in Washington D.C., on Feb. 04, 2020.
Yasin Ozturk/Anadolu Agency—Getty Images
By Madeleine Carlisle

During Tuesday’s State of the Union address, President Donald Trump introduced Philadelphian 4th grader Janiyah Davis and said she would receive an “opportunity scholarship” to attend whatever school she wanted. He pointed to her experience as an argument for expanding school choice.

The Inquirer reports that her school is part of a charter network so competitive that it received 6,500 applications for 100 spots in the next school year. The school reportedly opened in the fall with about 900 students, one of whom was Davis. MaST III is funded by taxpayers and does not charge tuition, per the The Inquirer.

During the State of the Union, President Trump spoke about Davis, who was in attendance with her mom. He said she was one of the “tens of thousands” of students on a waiting list for an opportunity scholarship.

“For too long countless American children have been trapped in failing government schools,” Trump said.

He then announced that he was “please to inform” her that her “long wait is over,” and she would receive a scholarship. “You will soon be heading to the school of your choice,” he said. Education Secretary Betsy DeVos reportedly personally funded this scholarship; she’s known for being a strong advocate for the school choice movement.

The Inquirer reports that it’s still “a bit of a mystery” why Davis was chosen to appear at the State of the Union.

In an interview with The Inquirer, Davis’ mother Stephanie said she was “really surprised” and “honored” when they were named in the State of the Union. She also reportedly said she knew there was a chance her daughter might receive a scholarship, but was surprised when she was chosen.

“I don’t view MaST as a school you want to get out of at all. I view it as a great opportunity,” she told The Inquirer. Davis also reportedly said that she and her daughter are still discussing what school she wants to attend going forward.

When asked for comment, Angela Morabito, a spokesperson for the U.S. Department of Education, said in a statement to TIME, “Education freedom is about going to the best school for your child. Even the ‘best’ school, as ranked by statistics and averages, isn’t the best fit for every child. Each of the 50,000 kids waiting for a new opportunity in Pennsylvania has different needs and goals, let alone the millions of students across America stuck in a school that isn’t right for them.” The White House did not immediately return TIME’s request for comment.

Expanding school choice is popular among conservatives, who have argued that students should have the opportunity to attend whatever school they want, be that private or religious education. Critics argue that the movement undercuts and privatizes the traditional public school system.

After highlighting Davis, Trump took the moment to ask Congress to pass The Education Freedom Scholarships and Opportunities Act, which would create a $5 billion tax credit to fund scholarships for students to attend private or other approved schools. Individuals and businesses would donate to the funds and then receive a federal tax credit.

Public school advocates have argued that programs like this will draw money away from the public school system and increase school segregation. Some conservatives, like the think tank The Heritage Foundation, also oppose the bill, arguing it amounts to federal overreach and could undermine tax reform and threaten education choice in states. 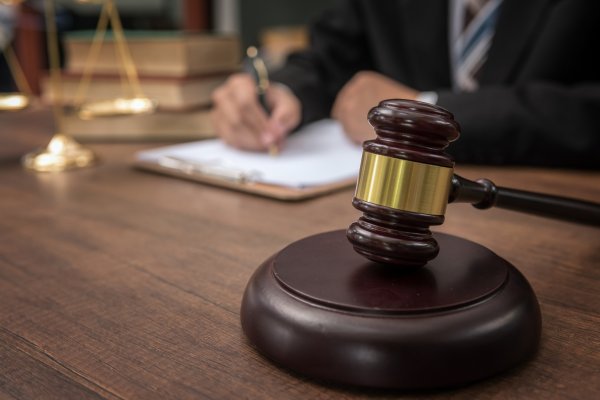