The U.K. Has Officially Left the European Union. But Could Scotland End Up Back in It?

Although Britain officially left the European Union on Jan. 31, not everyone in the U.K. has given up on E.U. membership. The Scottish National Party (SNP), which wants Scotland to secede from the rest of the U.K. and then rejoin the E.U., celebrated Feb. 2 when former European Council President Donald Tusk said the bloc “would be enthusiastic” about letting it back in.

British foreign secretary Dominic Raab condemned Tusk, who left his role in November, for encouraging “separatist tendencies” across Europe. But the Scottish independence movement hardly needs encouragement. Brexit—backed by only 38% of Scottish voters—has heightened tensions between Edinburgh and London, with SNP leader Nicola Sturgeon arguing Scots are being “dragged” out of the bloc against their will. She has demanded a referendum on Scottish independence in 2020.

Ever since 1707, when Scotland joined England and Wales to form Great Britain, Scottish nationalists have wanted to break the union. But pro-independence voices have grown more powerful since the 1999 opening of the Scottish parliament following a referendum on devolving some governing powers to Scotland. SNP lawmakers quickly came to dominate that legislature. Popular leftist policies and competence were arguably more key to the SNP’s rise than support for independence, which hovered below a third until 2014. That year, the U.K. government allowed a referendum to take place, hoping to put the issue to bed. It had the opposite effect. Although the pro-independence camp lost, it still won an unexpectedly high 45% of the vote, reinvigorating the cause.

Brexit appears to have increased support even more, with three recent polls putting it at 50% or higher. It’s also made the E.U. more sympathetic to Scottish independence, says James Mitchell, a politics professor at Edinburgh University and author of The Scottish Question. There’s been a “substantial change in the rhetoric” since 2014, he says, when senior European politicians backed the union, insisting Scotland would have a difficult path back into the E.U. – partly to avoid enflaming separatist tensions in regions like Catalonia in Spain. Though Scotland would still face a lengthy process and possible obstacles to rejoining, Mitchell says “the advantages of Scottish membership would far outweigh any disadvantages” for the E.U. “Brexit was a bit of a slap in the face for Europe, so Scotland rejoining could be a symbolic boon.”

Britain’s departure from the E.U. may have made the case for Scottish independence stronger. But it’s also made it practically more difficult. An independent Scotland would now border a non-E.U. country, likely requiring infrastructure and border checks between regions whose communities are deeply intertwined—similar to the problem of the Irish border that severely complicated Brexit talks.

Possible economic damage inflicted by both Brexit and independence could also make it harder for Scotland to clear fiscal hurdles for E.U. member states. Scotland’s budget deficit already stands at 7%, with the state spending nearly $2,600 more per head than it takes in in tax revenue. The deficit is seven times as high as the U.K.’s as a whole, and more than twice as large as the 3% limit for countries applying to join the E.U.

Whatever the E.U. says, Scotland needs the support of the U.K. parliament to call a referendum—something Prime Minister Boris Johnson has ruled out. Johnson has a large majority in parliament and is currently planning a multi-million dollar advertising campaign urging Scots to protect the union.

But pressure looks set to build. Sturgeon has refused to rule out eventually holding a non-binding referendum to prove a mandate for independence—a move that would likely draw legal challenges in the U.K. Next year’s elections for Scottish parliament could also increase momentum for a new referendum, if voters back an SNP manifesto promising one. “If Johnson thinks love-bombing Scotland will work, he doesn’t understand what happens up here,” Mitchell says. “There’s a perception that we want to head in a different direction. That divergence isn’t going to stop.” 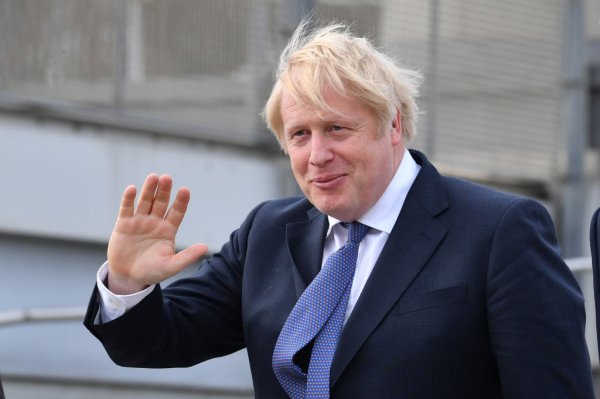 What's Changing Now Britain Has Left the E.U.
Next Up: Editor's Pick