If Shakira’s Super Bowl 2020 glittery red number that burned up the proceedings on the stage at the halftime show seemed a tad familiar to you, you would be right on the money.

In Shakira’s Super Bowl 2020 Halftime Show performance at Hard Rock Stadium in Miami that got tongues wagging, she wore a glittery Penter Dundas two-piece skirt covered in Swarowski crystals with matching knee-high boots — as one does when one is stunting on the world’s biggest stage on one’s 43rd birthday.

And as she opened the show, in which she cycled through smash hits like “Whenever, Wherever” and “Hips Don’t Lie,” fans on Twitter were quick to point out the similarities between her presentation and her 2016 Zootopia character.

Of course, this was not lost on the internet because you can’t sneak an overt reference by Twitter, and no one sleeps on a mammal metropolis movie connection.

In the animated Disney flick, Shakira voices the character Gazelle who performs for the fans resplendent in a crimson two piece, just as Shakira did in her incendiary show with Jennifer Lopez. In the movie, she raises her voice with a message of peace. Sounds on-brand to us.

See some of the Shakira Zootopia memes below.

Previously, the internet seized on The Simpsons’ apparent clairvoyance when it came to “predicting” Lady Gaga’s Super Bowl Halftime show in 2017. 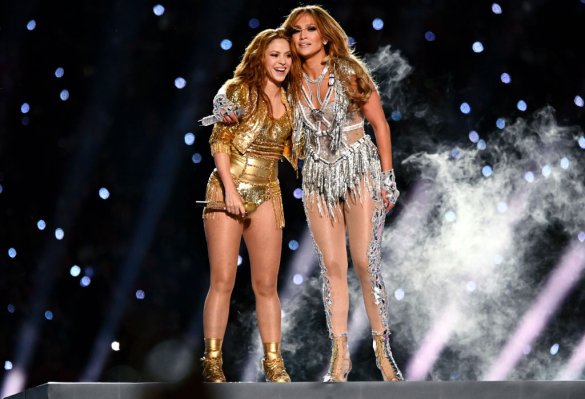 The Biggest Moments of the Super Bowl Halftime Show
Next Up: Editor's Pick