Sun Kim performed both “The Star Spangled Banner” and “America the Beautiful” during the broadcast of the 100th annual Super Bowl. She not only demonstrated the words in ASL, but did an interpretive dance along with it before the San Francisco 49ers vs. Kansas City Chiefs championship game kicked off. Many Twitter users commented on how entertaining and charismatic the performance was.

Sun Kim’s drawings have been featured at the 79th Whitney Biennial, and many of her pieces demonstrate what life is like living with deafness. Her performance was part of the NFL’s collaboration with the National Association of the Deaf.

The 39-year-old Berlin-based American artist told Artnews News she was “a bit stunned” to even be considered as a Super Bowl performer, but decided to accept because “representation matters a great deal to me, and I hope that seeing a Deaf person signing the anthem will bring attention to various issues that plague our community.” 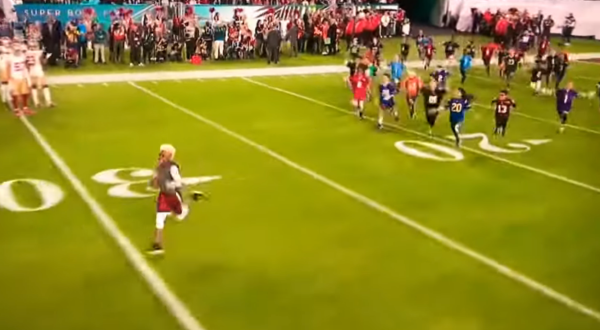 "Take It to the House" Kid Might Be the Super Bowl 2020 MVP
Next Up: Editor's Pick