Just a week after his death, the NFL is honoring Kobe Bryant and the others lost in last Sunday’s helicopter crash at Super Bowl LIV.

Prior to kickoff of the championship game between the San Francisco 49ers and Kansas City Chiefs, the NFL honored Bryant and the others lost with a moment of silence. Players for both teams lined up on their respective 24-yard lines in tribute to Bryant, who wore the number 24 as a Los Angeles Laker.

The retired NBA superstar was killed in a helicopter crash on Jan. 26 that also took the lives of his 13-year-old daughter, Gianna, and seven others, a tragedy that left the sports world reeling.

Sunday’s Super Bowl is the second major live event that includes tributes to Bryant. Last Sunday night’s Grammy Awards took place just hours after news of the tragedy broke. During the show, performers and presenters shared their shock and grief. The show kicked off with a performance by Lizzo, who announced “Tonight is for Kobe.”

Write to Megan McCluskey at megan.mccluskey@time.com and Rachel E. Greenspan at rachel.greenspan@time.com. 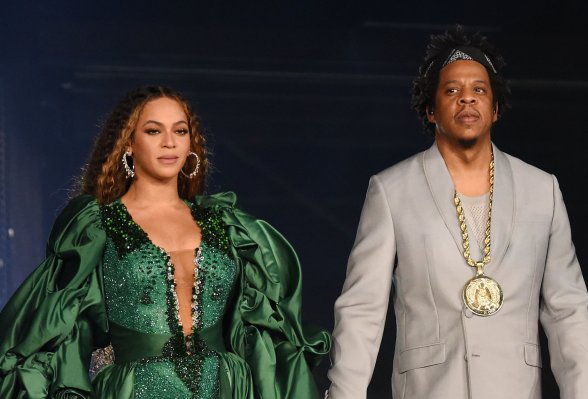 Jay Z Says He and Beyoncé Sitting During the National Anthem 'Actually Wasn't' a Protest
Next Up: Editor's Pick