A Philadelphia man is facing multiple criminal charges after his 4-year-old son accidentally shot and killed himself.

According to Philadelphia authorities, Edward Williams, 28, called police at around 1 a.m. on Thursday saying that someone had broken into his home and shot his son. Police transported the child, who has not been named, to the hospital where he was pronounced dead.

A spokesperson for the Philadelphia police department tells TIME that officers grew suspicious of Williams’ story having found no sign of forced entry at the house and no signs of a struggle.

On Thursday afternoon, Williams admitted to making up the home invasion, according to police. He explained that he was at home when the shooting happened — and that the child found the gun in a bedroom closet.

Police Captain Jason Smith told local news station NBC10 that Williams should not have had the gun because he has a criminal record. Authorities added that the weapon is unregistered. “This is, you know, an extremely tragic accident,” Smith said, “but certainly one that could’ve been prevented.”

Williams is facing multiple charges, including involuntary manslaughter. He was arraigned on Friday morning and is being held on a $2 million bond, according to NBC10.

A similar incident happened on the same day in Mobile, Ala. when a two-year-old boy shot himself inside a motel room.

In a statement released by the Mobile Police Department, authorities responded to a Red Roof Inn after getting calls about a gunshot. When they arrived at the scene they could not locate a victim, but they later received a call that a male child had arrived at the hospital suffering from a gunshot wound. The child also died.

According to the Associated Press, Dynesha Harris, 29, the child’s mother, and Tony Fowler, 25, have been charged with manslaughter in relation to the shooting. 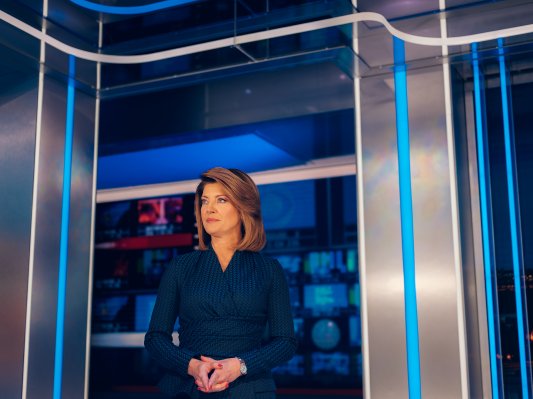 'We Are Right Down the Middle.' CBS Evening News Anchor Norah O'Donnell on Reporting in the Trump Era
Next Up: Editor's Pick