The mother of the boy made famous by the “success kid” meme has filed a cease-and-desist letter against Iowa Rep. Steve King after learning that he had used her son’s image to fundraise for his reelection campaign.

Last Thursday, Media Matters reporter Eric Hananoki tweeted a photo of King’s Facebook page, which at the time included a photo of the “success kid” meme with the caption, “QUESTION: Do you enjoy our memes? If so, please click the link below and throw us a few dollars to make sure the memes keep flowing and the Lefties stay triggered. Thank you!!”

The “success kid” meme originated in 2007, when Laney Griner posted a photo of her then 11-month-old son Samuel to Flickr. The photo became one of the Internet’s first viral memes, often used to celebrate an accomplishment. Griner copyrighted the image in 2012, and has thus had control of its licensing rights in the years since.

Griner tells TIME that she has long opposed King, and that the moment she called her business manager and copyright attorney and asked them to help her stop King from using the image as soon as she became aware of it. The Florida resident says her lawyers sent the cease-and-desist letter to King on Monday, and that the image was later taken down from his Facebook page. (It is unclear if the image has been fully removed online.)

“Our client has a long-established history of licensing ‘Success Kid’ to legitimate advertisers,” Griner’s lawyers wrote. “Those advertisers include stalwart American companies like Coca Cola, General Mills, Microsoft, Marriot, and many others. Unlike you and your campaign, they followed the law, gave our client the opportunity to approve or disapprove of their uses, bargained for licenses, and paid for the rights they legitimately acquired.”

Griner says she was especially shocked when she looked on King’s Facebook page and saw the content her son’s picture was in the mix with. “It was worse than I could have imagined,” she says. “Nothing on there is remotely positive … Their whole goal is just to try to be as vitriolic and divisive as positive.”

Griner initially spoke out last week when she first learned of King’s unauthorized use. “Just so it’s clear – I have/would never give permission for use of my son’s photo to promote any agenda of this vile man or that disgusting party,” Griner tweeted on Thursday. Rep. King has a long history of making comments widely criticized as racist and anti-immigrant; in 2019 he infamously questioned why the term “white supremacist” was offensive, and was subsequently removed from his committees by Republican House leadership.

On Monday, Griner reiterated that she had not given King permission to use Samuel’s image. “I recently learned that Iowa Representative Steve King is using my copyrighted photograph of my minor son Samuel known as ‘Success Kid’ to raise money in a ‘Fund our Memes’ online campaign, also implying that he has some kind of ownership in it,” she wrote. She said that neither she nor her son had any affiliation with King, nor would they “have ever agreed to this use.”

“I do not endorse Representative King and, like most people, I strongly disagree with his views,” she continued, adding that she has requested King remove the image from his webpage and issue a statement acknowledging that the image was taken without “permission or endorsement.” She also requested that King refund any money his campaign received from using the “success kid” meme.

In the cease-and-desist letter obtained by TIME, Griner’s attorneys wrote, “From its grassroots beginnings, ‘Success Kid’ became a viral sensation beloved by millions of Americans, largely due to its good-natured, neighborly message. Your use has harmed and continues to harm that well-earned goodwill.”

King did not respond to TIME’s request for comment. Griner also says she has not yet heard from King or his representatives.

Sam is now 13, but as Griner puts it, “He’s forever a baby on the internet.” Griner tells TIME that she doesn’t want the meme to be used to promote any negative message, regardless of its political leaning. And she says she’s particularly disturbed that her son could be associated with King’s political stances. “Just seeing my baby, his face, with all the other stuff that’s really kind of anti-human stuck in my mind.” 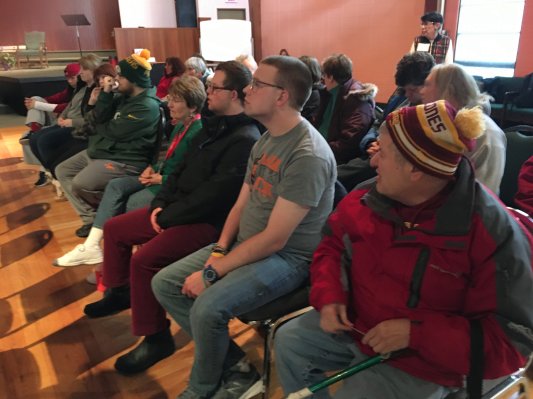