South African billionaire Patrice Motsepe apologized for telling U.S. President Donald Trump that Africa loves him, but warned the growing perception that the continent is anti-America may hamper investment.

Motsepe’s remarks to Trump at a business dinner during the World Economic Forum in Davos last week sparked a debate among his countrymen who questioned his right to speak on behalf of the continent.

“I have a duty to listen to these differing views and would like to apologize,” Motsepe, the country’s only black billionaire — and a brother-in-law of President Cyril Ramaphosa — said in an emailed statement Tuesday. “I do not have the right to speak on behalf of anybody except myself.”

President Trump has not always endeared himself to the continent. Two years ago, he was reported to have referred to African nations as “shithole countries.” Last week, it emerged that he’s considering a proposal to extend travel restrictions to four African countries, including Nigeria.

Read more: ‘Enough Is Enough!’ These ‘Shithole Countries’ Have a Message for President Trump

Motsepe said he has worked with political, business and other leaders whose views and policies he doesn’t necessarily share, and continues to do so.

His remarks last week were partly aimed at encouraging discussion between the Trump administration and African leaders, and “particularly in the context of the increasing feedback from certain American political and business leaders that South Africa and some African countries are anti-America and its political leadership,” Motsepe said. “This perception has had an impact on our ability to attract foreign investments and create jobs.”

The continent has to create about 8 million new jobs for its youth every year, and South Africa, where half of those aged 15 to 24 are unemployed, has to generate more than of 500,000 new posts, according to Motsepe’s statement.

“Africa and America to a very large extent share common values and principles and have greater mutual interest than the issues or policies on which they disagree or have different views,” he said. “It is in the interest of South Africa and the rest of the African continent to build mutually beneficial socio-political, trade, investment and cultural ties between the economies and people of Africa and America and Africa and the world.” 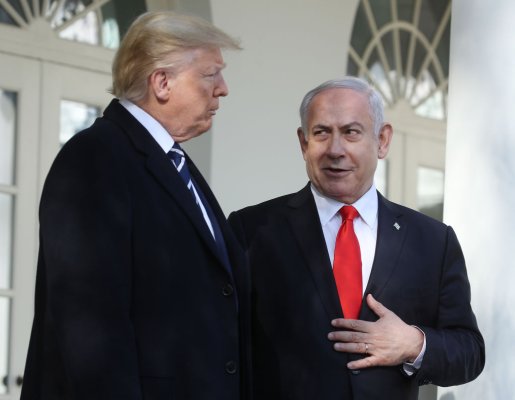 Trump Is Finally Presenting His Middle East 'Peace Plan.' Here's What We Know So Far
Next Up: Editor's Pick