As the Middle East ferments and impeachment draws us into foreign policy, we are faced with a perennial question. Do morals matter, or are moral arguments just window dressing that presidents use to justify their personal or national interest? Skeptics say interests bake the cake; morals are just icing that presidents dribble on to make policy look pretty. As President Trump explained his reaction to the murder of Jamal Kashoggi in the Saudi consulate in Istanbul: “America First! The world is a dangerous place.”

Looking back over the past seven decades of American foreign policy, history shows that the cynics are wrong. Morals did matter in the decisions that created the American era after 1945. Presidents sometimes acted from a feeling of moral duty to do the right thing, not just what was politically practical or convenient. The realist diplomat George Kennan wanted a narrowly focused policy of containment of the Soviet Union, but Harry Truman defined and implemented it in broader liberal terms. Similarly, Truman sent troops to Korea in June 1950—in spite of the fact that his Secretary of State Dean Acheson had declared earlier in the year that Korea was outside our defense perimeter—because Truman saw the North Korean invasion as immoral aggression. And to understand the priority of human rights in American foreign policy after the Vietnam era, we must include the moral outlook of Jimmy Carter. Similarly, Ronald Reagan’s decision to ignore his advisors and his previous harsh rhetoric about the “evil empire” must be understood in the light of his personal moral commitment to ending the nuclear threat.

During the Vietnam era, Lyndon Johnson and Richard Nixon sought the formal goal of protecting South Vietnamese from Communist totalitarianism, but they also expanded and prolonged the war because they did not want to be “the man who lost Vietnam.” How does one justify the expenditure of American and other lives if the motive is to avoid domestic political embarrassment? In contrast, Truman allowed his presidency to be politically weakened by the stalemate in Korea rather than follow General Douglas MacArthur’s advice of using nuclear weapons. Morality mattered greatly in these cases.

Assessing the morality of different presidents’ foreign policy is difficult because it involves balancing three dimensions of intentions, means and consequences. The founding presidents of the post-1945 world order—FDR, Truman, and Eisenhower—all had good intentions, both in values and personal motives, and they produced largely moral consequences. Where they sometimes fell short was on the dimension of their means involving the use of force. In contrast, the Vietnam-era presidents, particularly Johnson and Nixon, rated poorly on their motives, means, and consequences. The two post-Vietnam presidents, Ford and Carter, had notably moral foreign policies on all three dimensions but their tenures were brief, and they illustrate that a moral foreign policy is not necessarily the same as an effective one. The two presidents who presided over the end of the Cold War, Reagan and Bush 41, also scored quite well on all three dimensions of morality.

The twenty-first century produced mixed results with Clinton and Obama above the average and Bush 43 and Trump below average. Among the fourteen presidents since 1945, I judge the four best at combining morality and effectiveness in foreign policy were FDR, Truman, Eisenhower, and Bush 41. Reagan, Kennedy, Ford, Carter, Clinton, and Obama make up the middle. The four worst were Johnson, Nixon, Bush 43, and (tentatively because of incompletion) Trump. Of course, such judgments can be contested, and views change as each generation re-examines the past in terms of new circumstances and its changing priorities.

Obviously, such judgments reflect the circumstances these presidents faced, and a moral foreign policy means making the best choices that the circumstances permit. The importance of prudence as a moral virtue in foreign policy becomes clear when one compares Eisenhower’s refusal to send troops to Vietnam with Kennedy’s and Johnson’s decisions. After losing 241 Marines in a terrorist attack during Lebanon’s civil war in 1983, Reagan withdrew the troops rather than double down. Skeptics sometimes dismiss prudence as an instrumental and not a moral value, but given the complexity and high prospect of unintended consequences, the distinction between instrumental and intuited values breaks down and prudence becomes a crucial virtue. Willful ignorance or careless assessment that produces immoral consequences can be considered culpable negligence.

Principle and prudence sometimes conflict, but they can also reinforce each other. Consider the way the virtues of prudence and moral revulsion against killing innocent civilians affected the evolution of a nuclear taboo. Harry Truman used the new atomic weapon to end World War II without losing sleep over it, but he rejected proposals of nuclear use in 1948 when America had a nuclear monopoly. He again refused to use nuclear weapons to break the Korean stalemate in 1950 even though the United States had overwhelming nuclear superiority. Prudence about expanding the war and maintaining the support of allies was part of his decision, but he also said he was appalled at the idea of killing so many children.

Dwight Eisenhower threatened to use nuclear weapons as a means of creating deterrence in the Cold War, but at several points he rejected military advice to actually use them. While prudence became an increasingly important part of the mix of virtues after the Soviet Union exploded its first atomic bomb in 1949, privately Eisenhower also invoked moral convictions in explaining his decisions to his advisors in the 1950s. Similarly, John Kennedy’s prudence in seeking a compromise to end the Cuban Missile Crisis is a stark moral contrast to Johnson’s risky advocacy of an air strike. But neither Johnson nor Nixon seriously considered using (as opposed to threatening) nuclear weapons to escape their Vietnam imbroglio. The moral consequences of these “nonevents” were enormous. Had these presidential choices gone the other way, the world would look very different today.

Assessing morals in foreign policy is difficult because we have to weigh intentions, means and consequences in different circumstances. But as history shows, morals do matter, so we need to learn to take them more seriously. 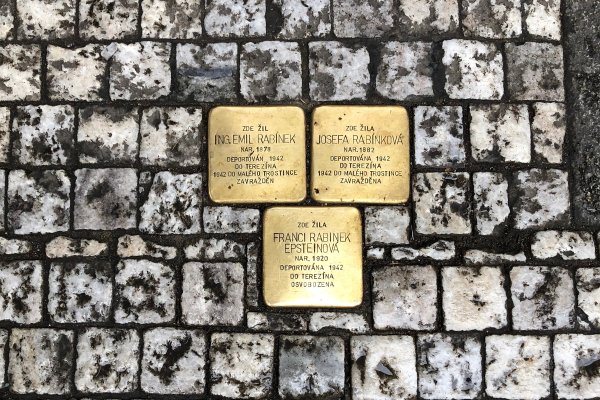 How Do We Remember Victims of Mass Murder? A Holocaust Survivor's Daughter on How She Honors Her Family
Next Up: Editor's Pick