An animal rescue agency has many sweet cats that are looking for good homes. Perdita is not one of them.

Evidently, the cat currently at Mitchell County Animal Rescue agency in Spruce Pine, North Carolina has no problem biting the hand that feeds it—she doesn’t mind scratching or swatting at the hand either. In addition to human hands, Perdita is not too fond of dogs, children, or kittens.

At first the cat’s antisocial behavior led the shelter staff to believe that she was sick or in pain. After a trip to the vet, though, the shelter workers realized that she wasn’t sick, “she’s just a jerk”, according to a Facebook post from the shelter. Still, the shelter is hopeful that someone will take the cat home and care for it. To help find a home for the little hellion, the animal shelter has apparently decided that honesty is the best policy and have posted an ad desperately seeking a home for “the world’s worst cat”.

In the ad, which reads a bit like a bio on a dating app, the shelter notes that Perdita likes, “staring into your soul until you feel as if you may never be cheerful again; the song Cat Scratch Fever, the movie Pet Cemetery (Church is her hero), jump scares (her specialty), lurking in dark corners, being queen of her domicile, fooling shelter staff into thinking she’s sick (vet agrees…she’s just a jerk)

The cat has many dislikes, too, including the color pink, “chipper” kittens, Disney movies, Christmas, hugs, and somewhat inexplicably, the Dixie Chicks.

According to a McClatchy interview with Shelter Director Amber Lowery, the 4-year-old cat came to the shelter on Christmas Eve, but they quickly realized her personality was more in line with the Grinch than Santa, batting away anyone who tried to pet her. The shelter staff was soon warning passersby and potential adopters that the cat’s “shy, kitten-like attempts to draw passersby to her cage are, in fact, a ruse that will end badly.”

Still, every animal deserves a loving home and the shelter is hopeful a patient and understanding owner will come forward for the cat. While Perdita is “not for the faint of heart,” the shelter is waiving adoption fees in hopes of finding a home for the cat, ideally one with “a socially awkward human who understands personal space” and hopefully doesn’t like the Dixie Chicks, either. 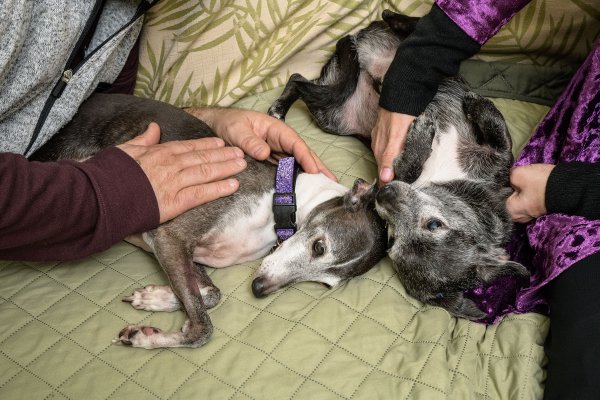