Kendra Espinoza of Kalispell, Montana, center, stands with her daughters Naomi and Sarah outside the U.S. Supreme Court on Jan. 22, 2020 in Washington, D.C.
Jessica Gresko—AP
By Katie Reilly

U.S. Supreme Court justices heard oral arguments Wednesday in what could become a landmark case over the use of public funds for religious schools, potentially blurring the line between church and state.

At issue is the question of whether states with school voucher programs are required to include religiously affiliated schools in those programs.

The case, Espinoza v. Montana Department of Revenue, revolves around a 2015 Montana law that offered a tax credit for scholarship donations that helped families send their children to private schools, most of which were religious institutions. The program was struck down by the Montana Supreme Court in 2018 due to a provision of the state constitution that prohibits religious schools from directly or indirectly receiving state aid.

In response, three mothers whose children attend Stillwater Christian School in Kalispell, Mont., — including lead plaintiff Kendra Espinoza — sued the state. Attorneys at the Institute for Justice, who are representing the Montana parents, have argued that the state Supreme Court ruling “violates the religious liberty of families and is flatly unconstitutional.”

The case could have a broader effect on education policy across the country.

On one side, conservative groups and religious organizations have argued that parents who want to send their kids to religious schools should have access to the same opportunities as families at secular public schools. The case highlights a key issue for the Trump Administration, which is supporting the Montana parents seeking religious school scholarships. Last week, Trump rolled out guidance to reinforce religious freedom as he seeks to rally evangelical voters. And Education Secretary Betsy DeVos, in particular, has been a vocal advocate for expanding school choice and treating “faith-based education” equally.

On the other side, teachers’ unions and some civil rights groups have argued that ruling in favor of the Montana parents would draw funding away from public schools. The American Civil Liberties Union has called the case “the latest in a disturbing line of cases attacking the very foundations of the separation of church and state.” And GLSEN, which advocates for LGBTQ rights in schools, warned that it could allow public funds to go to schools that discriminate against LGBTQ students and employees.

During oral arguments on Wednesday, the U.S. Supreme Court justices appeared poised to rule in favor of the Montana parents. Much of the debate focused on a 2017 Supreme Court ruling in Trinity Lutheran Church v. Comer, which found that it was unconstitutional to exclude churches from a neutral, secular aid program for resurfacing playgrounds because such a policy discriminated against organizations based only on their religious character.

“Why isn’t this excluding religious people, telling them that they’re not entitled to equal treatment under the Constitution, why isn’t that a violation of — a straight violation of the Trinity Lutheran principle?” Justice Brett Kavanaugh said.

But Justice Elena Kagan, who sided with the majority in the Trinity Lutheran case, said that case was a debate over “a completely secular public benefit” — the purchase of recycled tires to resurface playgrounds. By comparison, the scholarship money at issue in Espinoza is directly tied to religious education.

Kevin Welner, director of the National Education Policy Center and a professor at the University of Colorado at Boulder School of Education, said the justices will have to wrestle with the “slippery slope” of extending the Trinity Lutheran reasoning. Taken to its extreme, he says, it raises the question of whether states would be unfairly excluding religious schools by only funding public schools.

Some of the Court’s liberal justices also raised questions about whether the parents have standing to sue, given that Montana eliminated the entire tax-credit program, not just the credits for religious school donations. “Whether you go to a religious school or you go to a secular private school, you’re in the same boat at this point,” Kagan said. “There is no discrimination at this point going on, is there?”

But Kavanaugh said the no-aid clause in the Montana constitution—which is similar to rules in 36 other states—was “rooted in grotesque religious bigotry against Catholics” from the 1880s, although the provision was enacted anew when the state constitution was revised in 1972, partially in an effort to protect religious liberty, NPR reported.

Whatever the justices decide later this year, the ruling stands to affect policy well beyond the plaintiffs and defendants in this one case.

“The case, even beyond its impact on schools, can have a major impact on what used to be called the wall of separation between church and state,” Welner says. “To the extent that we are shifting further and further away from where we were a half century ago and creating greater entanglements between states and state funding and religious institutions, that will have implications down the line, both about where our tax money goes and about public influence on private religious institutions.”

If the Supreme Court moves to allow more public aid to be directed at religious institutions, that would also lead to requirements about accountability and transparency for those organizations.

“To some extent, this is a ‘be careful what you ask for’ issue,” he says. 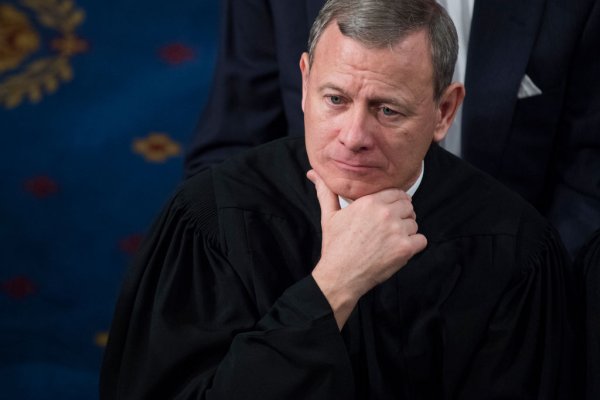 Welcome to 2020: The Phrase 'OK Boomer' Was Said for the First Time in the Supreme Court
Next Up: Editor's Pick