Protesters stand outside the federal courthouse where a hearing was scheduled for Northeastern University student Shahab Dehghani, on Jan. 21 in Boston.
Philip Marcelo—AP
By Katie Reilly

An Iranian student planning to attend Northeastern University in Boston was sent back to Iran by immigration officials on Monday night, despite an emergency ruling from a federal judge allowing him to stay in the U.S. while his case was reviewed. Attorneys for the student said the case is part of a “troubling” pattern.

Mohammad Shahab Dehghani Hossein, 24, was admitted to the university’s undergraduate program for the 2018-19 academic year, and he was issued a student visa by the U.S. State Department about a week ago “after nearly one year of ‘administrative processing.'” But when he arrived at Boston Logan International Airport on Sunday, officials refused to admit him to the U.S. on his student visa, according to an emergency lawsuit filed Monday to block his removal.

“Customs officials detained him and questioned him for hours, abruptly revoking his student visa, which the State Department granted after a year of intense vetting,” said Carol Rose, executive director of the American Civil Liberties Union of Massachusetts, in a statement on Tuesday.

“We awoke to the news that [Customs and Border Protection] had deported [Dehghani Hossein], putting him on an Air France flight despite the judge’s order,” Rose said. “I wish I could say we were surprised, but we’ve seen this kind of flagrant defiance of the law from immigration officials before.”

In a statement on Wednesday, Customs and Border Protection (CBP)said Dehghani Hossein was “deemed inadmissible and processed for expedited removal and return to his place of departure.”

“Every applicant for admission is subject to inspection upon arrival in the United States,” the statement said. “The issuance of a visa or participation in the visa waiver program does not guarantee entry to the United States.”

Attorneys for Dehghani Hossein allege the revocation of his student visa is “a result of additional scrutiny targeting Iranian citizens.” According to a report from The Guardian, at least 10 students have been sent back to Iran after arriving at U.S. airports in recent months, with most of those removals occurring at Boston’s Logan airport. Tensions between the U.S. and Iran have intensified in recent weeks, after a U.S. airstrike approved by President Donald Trump killed Iran’s Gen. Qasem Soleimani and Iran responded with a missile attack on Iraqi military bases housing U.S. troops.

Once Dehghani Hossein had been removed by immigration authorities, a federal judge who was supposed to hold a hearing to review the student’s case on Tuesday said it was now “moot.”

“I don’t think they’re going to listen to me,” Judge Richard Stearns said of immigration authorities, according to the Boston Globe.

Dehghani Hossein’s removal sparked protests at the airport and courthouse in Boston and drew criticism from Democratic leaders in the state.

Northeastern officials said they have not yet received a “satisfactory explanation” from CBP. They are working with elected officials “in hopes that the agency will reconsider the [removal] motion, so the student can resume his studies in a timely manner,” university spokesperson Renata Nyul said in a statement.

“We believe that a clear explanation is needed, especially because the deportation took place after a 48-hour extension was granted by a federal judge,” Nyul said. “Only in the most extreme instances should students have their academic pursuits interrupted by government intervention.”

But Dehghani Hossein’s path forward is unclear. His attorneys said his “life and career remain in limbo,” and Rose said the ACLU would explore options to hold immigration authorities accountable “for wrongfully deporting Iranians and other students who hold valid visas.”

“Students deserve to follow their dreams. Many of the people turned away by our government were admitted to some of the most prestigious higher education institutions in the country. These are some of the best and brightest, and their presence here enriches us all. Even after they’re admitted to schools, Iranian students endure months of intense scrutiny and spend large sums to apply for visas,” Rose said in a statement. “To upend their lives and their future careers so cruelly at the last minute does more than dehumanize them — it dehumanizes us. It says to the world that we are not a welcoming nation, but a mean and capricious one, and that our laws are nothing but pretexts for wanton discrimination.” 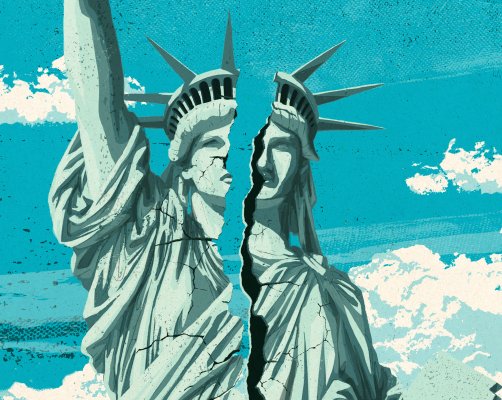 The Complicated Truth About What U.S. Citizenship Means Today
Next Up: Editor's Pick