Readers have been anticipating Suzanne Collins’s prequel to the Hunger Games trilogy since 2019, when the author announced her plans to revisit the dystopic world in a new book.

A new excerpt of the upcoming novel, named The Ballad of Songbirds and Snakes, reveals the prequel will center, at least in part, on a young version Coriolanus Snow. To fans of the books (and movies) that name rings a bell: Snow is the villainous and authoritarian leader of Panem introduced in The Hunger Games, which takes place about 64 years after the events of the prequel.

The excerpt, published in Entertainment Weekly on Tuesday, finds a young Snow as a top student at a college called the Academy on the morning of the reaping (the lottery-style selection process by which the Games’ “tributes” are chosen) for the 10th Hunger Games. Like in The Hunger Games, the story begins as two children between the ages of 12 and 18 are chosen from each of Panem’s twelve districts to fight to the death for the country’s entertainment. Panem holds the Hunger Games each year as retribution for a wartime period known as the Dark Days, when the districts rebelled against the Capitol.

Read more: Here’s What We Know About Hunger Games Prequel ‘The Ballad of Songbirds and Snakes’

But as the prequel reveals, ten years into the Hunger Games, the organizers of the brutal competition have found that audience engagement is low — likely because watching teens murder each other in an old amphitheater is not that entertaining. In an effort to boost viewership of the Games, Snow and twenty-three other students from the Academy have been tapped as mentors to the tributes to help them make the competition “evolve into a more meaningful experience.” It’s a not dissimilar — and thus, all the more chilling — parallel to the ways in which long-running reality TV shows switch up their formula to retain viewers’ interest; it’s “jumping the shark” except this time the sharks are designed to kill you.

Snow’s assignment ends up being a girl from District 12, notably the same district that Hunger Games protagonist and hero Katniss Everdeen will come from several decades later. Whether this tribute survives the Games, as Katniss did (twice, technically), remains to be seen.

The choice to focus on Snow drew some immediate backlash, as fans online criticized Collins’s apparent attempt to rehumanize a character already well-established as a bad guy. Origin stories about villains have drawn more controversy recently, as critics question whether it’s necessary to explain why people become evil (see, for example, last year’s Joker movie) and, in particular, to do so in a way that offers potential justification for their actions retroactively.

Some fans said they were disappointed by Collins’s decision to center on Snow, especially because she has introduced so many other compelling characters in the Hunger Games universe. 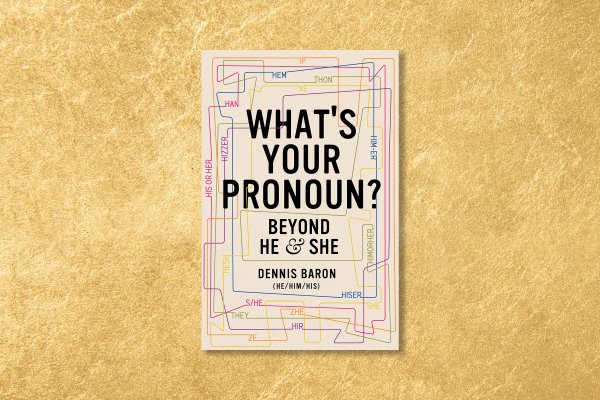 People Have Invented More Than 200 Gender-Neutral Pronouns. Here's Why 'They' Is Here to Stay
Next Up: Editor's Pick