How the Trump Impeachment Trial Rules Compare to Clinton's Trial

The impeachment trial of President Donald Trump began in earnest on Tuesday with a fight in the Senate over the rules that will guide the proceedings.

The trial kicked off with Senate Majority Leader Mitch McConnell revising two proposed rules for the proceedings, after he came under criticism for repeatedly claiming the trial rules would follow a precedent set by President Bill Clinton’s impeachment, but released a resolution that did not necessarily hew to those standards.

Ahead of Tuesday, McConnell defended his plan for rules as sticking to a precedent set by Clinton’s trial. The Senate in 1999 unanimously passed the proposed resolution that would guide the proceedings against Clinton. “Fair is fair. The process was good enough for President Clinton and basic fairness dictates that it ought to be good enough for this president as well,” McConnell said while releasing the initial proposed rules on Monday.

McConnell’s initial resolution, released Monday, allowed the Democratic House managers 24 hours to argue their case across two session days. The side representing Trump would also have up to 24 hours over two session days to make their arguments.

But on Tuesday, McConnell amended the resolution to allow each side 24 hours for presentation over three session days. McConnell also changed a second rule, allowing evidence collected during the House’s impeachment inquiry to be automatically admitted into the official record, unless someone objects to the addition, the resolution now says.

Lead House impeachment manager Democratic Rep. Adam Schiff argued Tuesday that McConnell’s rules do not go far enough to ensure a fair trial. The resolution does not include a guarantee for new witnesses and documents to be presented in the trial, despite calls from Democrats to ensure that such evidence be seen.

“Without the documents, you can’t make important judgments about even which witnesses should be called or what questions should be asked of the witnesses when you do,” Schiff said Tuesday morning. “That is a profound departure from the Clinton precedent.”

Difference between Clinton and Trump’s trial

As the Senate impeachment trial against Trump continues, the focus turns to McConnell’s resolution not guaranteeing that any witness testimony will be allowed. The rules state that following opening statements and questioning, senators will decide if they want to call forth any new witnesses, documents or any form of new evidence. The evidence will be allowed if a majority of senators agree it can be considered.

However, during impeachment proceedings against Clinton in the House of Representatives, Republicans had access to testimony from other interviews collected by then-special counsel Ken Starr.

Clinton also provided more than 90,000 pages of documents and other information ahead of his trial, according to a Clinton White House response to a referral from the Office of Independent Counsel. By contrast, the Trump White House have not provided documents or complied with subpoenas for more than 70 records, the House wrote in its impeachment inquiry report. The White House has cited executive privilege in its refusal to comply.

What the changes means for Trump

If the Senate votes to leave out testimony from new witnesses or documents, the impeachment trial for Trump could move ahead without any new evidence. Fifty-one votes are required to allow new witness testimony per the Democrats’ request, meaning four Republican Senators would have to vote in favor of it. Although moderate Republican Senators like Susan Collins of Maine and Mitt Romney have signaled they may be open to hearing from witnesses, their votes might not be enough.

Trump notably blocked at least 12 potential witnesses from testifying in the House’s impeachment inquiry. One former Administration official in that group, former National Security Adviser John Bolton, said earlier in January that he would be willing to testify in the Senate’s trial if he is subpoenaed.

Bolton is among the top four witnesses Democrats want to interview, with the others including acting White House chief of staff Mick Mulvaney and White House officials Michael Duffey and Robert Blair. 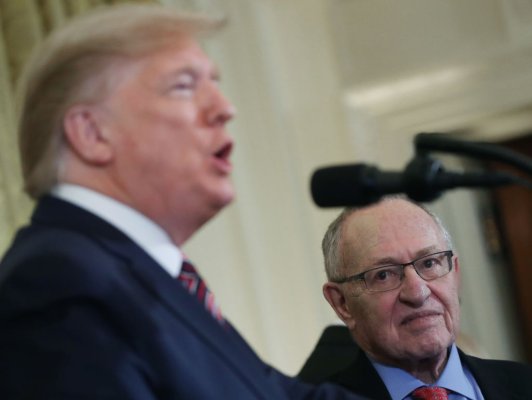