The Constitutional Question at the Heart of Trump's Impeachment

Democrats and the White House traded opening shots in President Donald Trump’s impeachment trial over the holiday weekend, with each side accusing the other of attempting to subvert the 2020 election.

But beneath the heated partisan language is a fundamental constitutional question.

House Democrats say Trump used America’s economic and military might to try to stay in power, withholding defense and diplomatic aid to Ukraine to get the country to announce investigations into his political rival Joe Biden.

Even if he did, Trump’s lawyers contend, there is no law saying that is illegal.

So a key question for the Senate as it begins its formal trial in earnest on Tuesday is: Can a president be removed from office even if he hasn’t committed a crime? The fate of Trump’s presidency and the carefully calibrated balance of power between the White House and Congress hang on the answer.

Trump’s team is building much of his defense around the bold legal argument that to warrant impeachment and removal a president must have violated the letter of the law. They argue that his actions in what Democrats charge was obstruction of Congress, the second impeachment article, similarly fall under his constitutional authority.

“House Democrats’ newly invented ‘abuse of power’ theory collapses at the threshold because it fails to allege any violation of law whatsoever,” Trump’s lawyers wrote in a brief filed Jan. 20. “House Democrats’ concocted theory that the President can be impeached for taking permissible actions if he does them for what they believe to be the wrong reasons would also expand the impeachment power beyond constitutional bounds. It would allow a hostile House to attack almost any presidential action by challenging a President’s subjective motives.”

In other words, Trump’s lawyers argue, his pressure on Ukraine fell within the presidency’s foreign policy-making powers, whether he was doing it to root out corruption, as Trump has claimed, or for political advantage, as Democrats allege. “Abuse of power, even if proved, is not an impeachable offense,” Trump’s lawyer Alan Dershowitz, who will be presenting constitutional arguments at the trial, said Friday on MSNBC.

House Democrats flatly reject this reading of the Constitution. “Abuse of power was a principal concern of the Framers,” according to a Democratic staffer working on impeachment, noting that impeachment articles voted out of the House Judiciary Committee in 1974 against President Richard Nixon charged him with abuse of power. “Abuse of power was no vague or weak notion to the Framers. It had a very specific meaning: the use of official power to obtain an improper personal benefit, while ignoring or injuring the national interest… The President does not need to commit a crime for there to be an impeachable offense.”

The debate among constitutional experts over what constitutes an impeachable offense is robust. But the idea that impeachable conduct need not be an actual crime is well established. In the Federalist Papers, Alexander Hamilton wrote about impeachment in Federalist No. 65: “The subjects of its jurisdiction are those offenses which proceed from the misconduct of public men, or, in other words, from the abuse or violation of some public trust. They are of a nature which may with peculiar propriety be denominated POLITICAL, as they relate chiefly to injuries done immediately to the society itself.”

In the modern era, Congress has continued to interpret the Constitution in this way. A Congressional Research Service report on impeachment and removal prepared in October 2015 says, “Impeachable conduct does not appear to be limited to criminal behavior. Congress has identified three general types of conduct that constitute grounds for impeachment, although these categories should not be understood as exhaustive: (1) improperly exceeding or abusing the powers of the office; (2) behavior incompatible with the function and purpose of the office; and (3) misusing the office for an improper purpose or for personal gain.”

Even Dershowitz once sounded a different tune on CNN in 1998 during President Bill Clinton’s impeachment, arguing at that time that, “Endangering the country through a course of action which was not criminal” could be an impeachable offense if it represents “a total abuse and misuse of office in a way that endangers the liberty of all Americans.” On Monday, Dershowitz tweeted that there is “no inconsistency” between his two statements.

But fortunately for Trump, no Congress in our country’s history ever thought to explicitly outlaw using the power of the presidency to help win re-election. Starting Tuesday, Senators will have to decide whether, in the end, that’s all that matters. 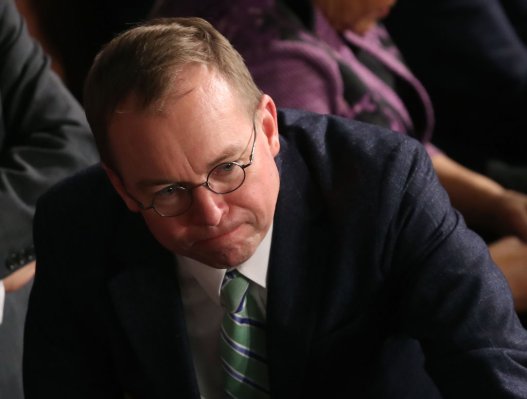