From Midsommar to Little Women, actor Florence Pugh has been making headlines in the past year for her Hollywood come-up; however, when it comes to Internet adoration lately, it’s Pugh’s older brother, Toby Sebastian, who might have the market cornered.

People online recently discovered that the new Oscar nominee had an older brother, a fact that becomes exponentially more interesting to his fans once they discovered that the brother in question is tall, dark and handsome. Eagle-eyed fans may recognize Sebastian from his role on Game of Thrones, where he played Trystane Martell, the ill-fated heir to the throne of Dorne, who was killed off in season six.

Trystane’s not the only role that Sebastian has played; he also portrayed Andrea Bocelli in the biopic feature, The Music of Silence. In addition to acting, Sebastian is also a singer who released an EP, Hamliar, in the summer of 2019.

The Internet had all of the feelings once they found out that Sebastian was Pugh’s brother, ranging from amazement to disbelief.

Looks like talent runs in this family; see Pugh and Sebastian together below. 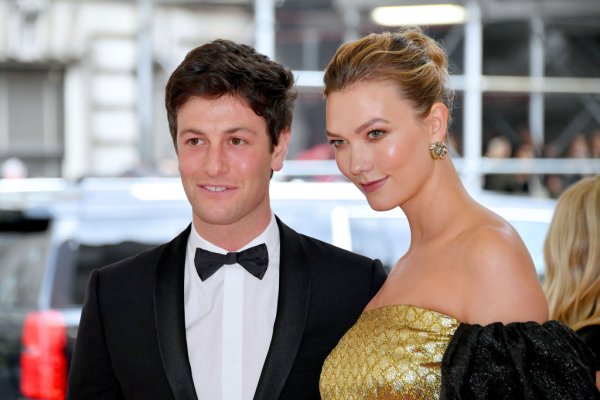 Karlie Kloss Says She Will Vote Against Trump in 2020
Next Up: Editor's Pick