Welcome to 2020: The Phrase 'OK Boomer' Was Said for the First Time in the Supreme Court

Some of the most important questions in American history have been asked — and answered — in the Supreme Court of the United States. That tradition continued on Wednesday when Chief Justice John Roberts raised a question that’s on the minds of many Americans: Is saying “OK boomer” ageist?

The 64-year-old justice evoked the viral meme during the oral arguments of Babb v. Wilkie, an age discrimination case in which a Department of Veterans Affairs pharmacist named Dr. Noris Babb alleges she was denied promotions in part because of her age.

It is illegal to discriminate against a federal worker because of their age. Babb v. Wilkie asks the question: does age have to be the only reason a worker was denied a promotion for it to be classified as age discrimination? Babb’s lawyers have argued that federal employees only need to prove that age was among several factors for it to be classified as so. The case will affect over a million federal workers who are over the age of 40, according to National Public Radio.

On Wednesday, Babb’s lawyer Roman Martinez argued that Babb experienced ageism at work for years. Roberts then pressed Martinez on what he would classify as age discrimination.

Roberts gave a scenario: What if, during a weeks long process, a younger hiring person said “OK Boomer” to the applicant once. “It doesn’t have to play a role in the actual decision,” he added. “So is that actionable?”

The question drew laughter from the court room.

“I think we would say that it does have to play a role in the decision-making process that leads to the decision,” Martinez responded. “And I think in that particular case, if it really had no role, if it was just sort of, you know, a stray comment in the air, I think that on the facts of that, I think a court could conclude…”

“How do you tell what’s a significant factor in the decision?” Roberts interrupted to ask.

“We’re saying what the statute says… that it needs to be made free from discrimination. We think that applies to the process as a whole,” Martinez said.

Roberts then said that Martinez’ position was becoming “really just a regulation of speech in the workplace.”

Roberts was referring to the viral meme “OK Boomer,” which originated out the social media site TikTok last year. The short videos usually include audio of an older man saying, “The millennials and Generation Z have the Peter Pan syndrome, they don’t ever want to grow up.” Young people them film their reactions, which always ended with the phrase “OK Boomer.” The term quickly took off, becoming shorthand for millennial and Generation Z frustration with Baby Boomer condescension.

This wasn’t the first time the term “OK Boomer” was evoked in the hallowed halls of government. In November 2019, a New Zealand Green Party MP, 25-year-old Chlöe Swarbrick, retorted “OK Boomer” to another MP after he began to heckle her speech on a Zero Carbon Bill in parliament. 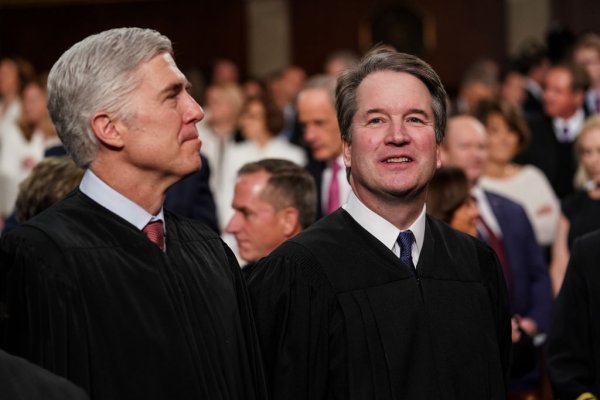