Romaine lettuce is displayed on a shelf at a supermarket on April 23, 2018 in San Rafael, California.
Justin Sullivan—Getty Images
By Sanya Mansoor

The US Centers for Disease Control and the US Food and Drug Administration have declared that the recent nationwide E. Coli outbreak, which contaminated romaine lettuce, ended as of Wednesday. Authorities traced the outbreak back to the Salinas Valley growing region in California.

The FDA has lifted a consumer advisory to avoid romaine lettuce from Salinas “as the growing season for this region is over and there is no longer a need for consumers to avoid it.” Health officials had previously advised consumers, retailers and restaurants to throw out any romaine lettuce grown in the Salinas, Calif. region.

People had started falling sick from Sept. 20 through Dec. 21, the CDC reported. Twenty-seven states reported a total of 167 people who had been infected with this particular outbreak strain of E. coli with ages ranging from younger than 1 to 89.

Eighty-five individuals were hospitalized of which 15 developed a type of kidney failure known as hemolytic uremic syndrome, according to the CDC. No deaths were reported.

The FDA noted that two other separate, smaller outbreaks related to romaine lettuce contaminated by different strains of E. coli had also been declared as being over. One outbreak, which was linked to Fresh Express salad kits, sickened 10 people in five states and another outbreak in Washington state sickened 11 people.

The FDA says its investigation of these outbreaks allowed them to narrow down the supplier to a “single grower with multiple fields,” eventually zeroing in even further on at least 10 fields in the lower Salinas valley. The agency said it is continuing to investigate exactly how the contamination occurred with an “additional, in-depth, root-cause investigation.” 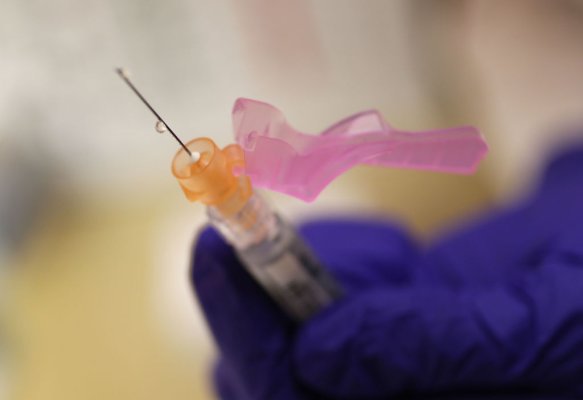 Iowa Girl Blinded After Contracting the Flu
Next Up: Editor's Pick