“Folklore,” Zora Neale Hurston wrote in an essay, “is the boiled-down juice of human living.” It was this deep interest in the lives and stories of the black community that led Hurston, who grew up in Eatonville, Fla., to spend years traveling across the South and the Caribbean as an anthropologist and ethnographer. But long before she published her renowned 1937 novel, Their Eyes Were Watching God, Hurston was exploring the diversity of the black American experience in her short stories, most of which eluded critical attention during her lifetime.

A new collection, Hitting a Straight Lick With a Crooked Stick, aims to correct that, bringing together 21 of Hurston’s short stories in a single volume for the first time–eight of which are newly recovered from obscure periodicals and archives, never before published in the mainstream. Most in the collection were written after Hurston left Howard University and moved to New York City in 1925; she enrolled as Barnard College’s only black student, where her irreverence and wit quickly established her as a central figure of the Harlem Renaissance. “The little praise I have received does not affect me unless it be to make me work furiously,” she wrote in a May 1925 letter to the white author Annie Nathan Meyer. “I know that I can only get into the sunlight by work and only remain there by more work.”

Many of Hurston’s stories follow African Americans who left the rural South for industrialized cities during the upheaval of the Great Migration after 1915, and she playfully uses romantic relationships as a vehicle to explore broader themes of migration, race, gender and class. In “Book of Harlem,” for instance, the male protagonist has no interest in “biscuit-cookers when there be Shebas of high voltage on every street in Harlem.” But in order to win the attention of the women who entice him, he must get “Oxford bags and jacket … shoes and socks” and put oil on his hair and lips.

Hurston’s short fiction is ripe with imagery and narratives that blend the real and the idyllic, the whimsical and the serious, the natural and the cultural. Her stories evoke the forces that shaped African-American lives in the 1920s–from farmers to gamblers to factory workers–without making suffering the defining feature of those lives. In her lifetime, Hurston’s use of African-American vernacular drew both praise and criticism, but the collection shows how her authentic use of the black idiom adds a richness to her storytelling and dialogue.

Hurston died penniless and neglected in 1960, but figures like Alice Walker, who praised Hurston’s portrayal of black people as “complex, undiminished human beings,” helped revive her legacy. Decades on, this new collection is a powerful reminder of her lasting resonance. 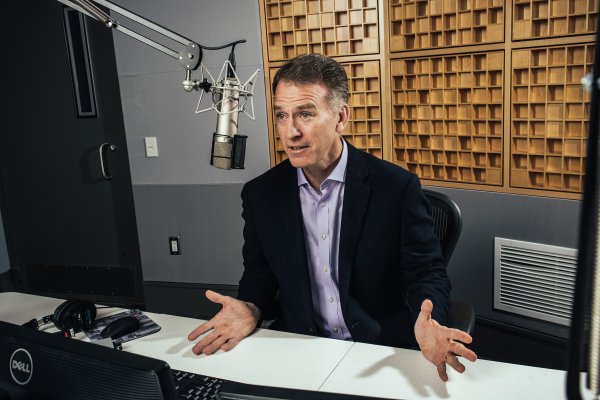 NPR's Steve Inskeep Finds the American Present in the Past Through His Books
Next Up: Editor's Pick