Piles of coal are seen at the Levin-Richmond Terminal in Richmond, California, U.S., on Dec. 3, 2019.
David Paul Morris—Bloomberg/Getty Images
By WILL WADE / BLOOMBERG

(Bloomberg)—A critical route for American coal exports to Asia is drying up after yet another U.S. port city passed a law to bar the fuel from leaving its shores.

Lawmakers in Richmond, California, on late Tuesday voted to impose a ban on coal, targeting a terminal that handles about a quarter of exports from the U.S. West Coast.

Richmond is joining several West Coast cities that have prohibited shipping the fossil fuel through their ports, choking off key routes to one of the few coal markets in the world still growing. As utilities burn less coal in the U.S., environmentalists and lawmakers see the ordinances barring exports as a way to both limit local pollution from coal dust and reduce greenhouse gases globally.

“I’ve got bigger ambitions than just Richmond,” Mayor Tom Butt said in an interview. “I’d like to get rid of coal worldwide.” 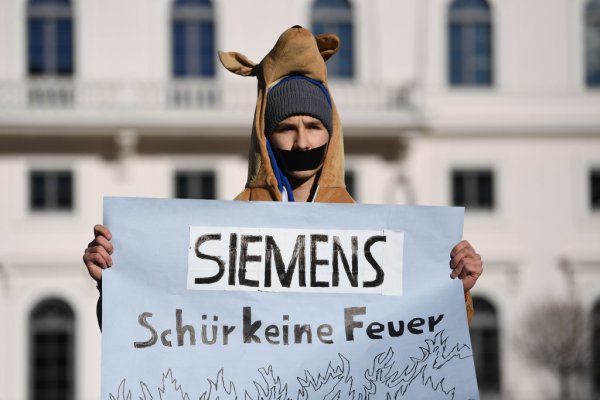 Siemens Won't Drop Australian Coal Mine Contract Despite Pressure From Greta Thunberg
Next Up: Editor's Pick