John Kerry: The Unjust War in Vietnam Made Me An Activist. The Lessons We Learned Are Still Valuable 50 Years Later

I can’t tell you the exact moment I realized how many powerful people belonging to the previous generation were failing ours, but I will never forget the feeling. It animates me still today. It was the feeling of coming home from a war knowing politicians were mouthing words about a conflict that looked completely different from the one they’d sent us to fight, only to read the leaked Pentagon Papers and learn so many were saying one thing publicly while privately knowing another. It made me angry. But more importantly, it made me an activist.

Five decades ago, I spent two years of my life working with other young veterans to end a war that had gone wrong. We were attacked. We were criticized. We were spied on. We were even arrested. But it was worth it; a democracy relies on free speech, but it relies even more on the speech being truthful. It is the truth after all that sets us free. Speaking the hard truth is never free, but the price it comes with is one each generation must pay to right a wrong.

Today’s younger generation is speaking their truth about climate change, and it feels familiar. In 1971, Richard Nixon sat in the darkness of the Oval Office stewing about me, slandering me, spending a U.S. President’s precious time attacking a 27-year-old naval officer. The tapes weren’t revealed for decades. Give Donald Trump credit for one thing only: his temper tantrums are all on Twitter. Imagine a man in his 70s insulting a young woman for daring to speak science to power. How topsy-turvy the world must look to a 17-year-old Greta Thunberg that she, and not the leader of the free world, is held to a standard of maturity and adulthood that Trump has never felt bound by.

A war made the young people of my generation grow up years too soon, but for young people today it is the climate crisis, and the realization that they are currently at the losing end of perhaps the greatest abdication of generational responsibility in history. Failed by adults, they’ve had to become the adults themselves.

Young people today see too many people in power who have been so ideological, so dysfunctional, so weak or so stubborn that they have failed to act on knowledge that has been confirmed by science fordecades—a bill we are asking their generation to pay if we don’t act now.

So, from the Sunrise Movement to the Future Coalition, young people are organizing, educating, striking and protesting. And we need them. But even more, we need to do something that my generation eventually learned was necessary. We must at last connect the grassroots with the grass tops.

I spent years as a full-time activist, pushing and prodding, raising money to help keep the lights on in our office and fund the marches and demonstrations. But ultimately I realized we had to touch not just the hearts of the veterans and families who walked with us on the National Mall in Washington, but also the people of open minds who served under the dome of the U.S. Capitol and on the other side of the dais at which I testified as a witness. I had a voice, but they had a gavel.

Like my generation of activists, today’s generation can’t do it alone. Young people can scold and shame, but they can’t command the floor of Congress or in parliaments around the world, make decisions in the White House Situation Room or cast the votes in corporate boardrooms that are needed to alter our current course.

We must bring together the younger generation, with its moral clarity, and the older generation, which controls many of the levers of power. It’s why I am building World War Zero, a coalition of people of all walks of life joining together to respond to this great challenge of our time, much in the same way we mobilized to respond to World War II. We want to unite the passion and energy of the young activists with the change–making power of policymakers, diplomats, CEOs, military and civic leaders.

When I was 27 and protesting a war gone wrong, sometimes those on the other side would confront us with the slogan “My country, right or wrong.” And to them we would reply, “Yes, my country, right or wrong. When right, keep it right—and when wrong, make it right.” To beat the climate crisis, to win the war to achieve zero emissions, we need to help young people make our world right, right now.

TIME’s Davos 2020 issue was produced in partnership with the World Economic Forum. 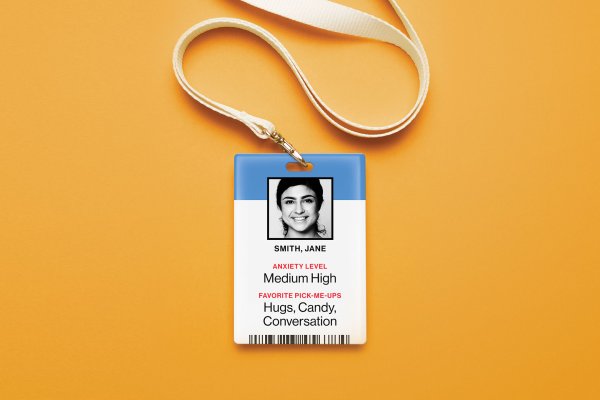 Millennial Employees Are Getting Companies to Radically Rethink Workers’ Mental Health
Next Up: Editor's Pick