The Circle Fan Favorite Shubham Goel Opens Up About Catfish, Friendships and His Life Beyond the Netflix Reality Show

Warning: This story includes spoilers for the outcome of The Circle.

Shubham “Shooby” Goel isn’t your typical reality show contestant. In fact, on Netflix’s The Circle, he’s the odd man out: the guy who introduces himself by confirming his open disregard for the fundamentals of the show. The Circle transplants a group of strangers into individual apartments, where — in physical isolation — they interact solely through a voice-operated social media platform from which the show takes its name. Their goal? To win $100,000 by consistently ending up at the top of daily rankings from fellow contestants, while not getting “blocked” (and sent home) over the course of the contest.

The Circle never identifies criteria for these rankings. It is up to each player to decide the arbitrary factors on which they’ll determine the fates of their new “friends.” And not all of those “friends” are who they say they are on the platform. Some are deliberately catfishing the other players, attempting to prove a point about popularity and superficiality by posing as more “likable” or socially-accepted versions of themselves which they think are more likely to come out on top.

Yet over the course of the first U.S. season’s 12 episodes, the last four dropping on Jan. 15, those false identities seem more like unnecessary constructions. The true drama is in the small human moments between contestants who would otherwise never interact in real life, sharing stories of struggle or offering words of support. The authenticity of those interactions isn’t actually all that important; just the act of the exchange becomes a foundation for friendship. The gloss of social media has its downsides, of course, but The Circle suggests that hiding behind screens can also open up unexpected pathways to vulnerability and connection. (Who knew that sending a “heart emoji,” as dictated in voice command via deadpan delivery, could translate to real tears for the recipient? Or that silly hashtags could elicit barks of real laughter on the other side?)

Goel — an Indian-American UCLA graduate and virtual reality designer in his early twenties — once launched a campaign for Governor of California with the intention to ban social media usage for kids under 18. He likens social media to “Bubonic plague” and, at the end of the first episode, is ranked in last place. But Goel finishes as runner-up with a collection of “friends for life,” as he told TIME. “By the end I grew to love all of them.” And he doesn’t begrudge the ultimate winner for taking home the prize. He’s also become a fan favorite, with viewers charmed by his lack of artifice, his penchant for playing ping-pong against himself and the way he seemed to genuinely agonize about decisions he had to make to send other players home, which he admits was the toughest part of the whole experience. As a kind of viewer surrogate, Goel offers us a way in to the warped reality of digital-first relationships — and their potential upsides, even if he insists he remains a skeptic.

In advance of the final episodes dropping, Goel spoke to TIME by phone about his day-to-day experience in the game, how he came to evaluate his fellow players and how his opinions of social media evolved over the course of the competition.

TIME: What about social media has always rubbed you the wrong way?

Shubham Goel: If you look at it from a health standpoint, all the reports are conclusively saying that going on social media is having a negative effect on our mental health. Working in the tech industry, I realized that all these early designers of Facebook, Instagram and Twitter used what’s called the “random variable rewards effect,” which is the same things that casinos use to get society addicted to the platform. It’s like playing the slots. What’s the next thing gonna be — a new friend, a new like, a new post on the timeline?

And I think influencer culture is really terrible. It’s turned into a paycheck, and they don’t really care about the audience anymore. It’s a front for a lot of people; a highlight reel. We all do it; that’s why I call social media “social Medusa,” because we’re all part of it, we’re all at fault. No matter where you come from, it’s hurting your mental health. I do think something has to change.

So what convinced you to become a part of The Circle?

My friends showed me the flyer for it, and I thought the concept was so interesting. A group of strangers from different walks of life interacting through a social media platform, trying to build connections while others are trying to catfish? This is the world we live in today. There’s no other thing that really represents the world we live in. So I thought, if I come in here and talk about my views about social media and try to build a real connection with people, maybe I can see how that can work out. It felt like a good testing ground.

In that process of testing, what changed for you?

But the stuff about addiction and mental health I still see. Since the show came out, I keep checking my social media and I see that red notification with new numbers, and I’m getting addicted myself. Everything I thought about it is coming true for me.

Did the isolation of being alone in the apartment for days on end force more interaction on the platform? How did you keep yourself sane in that bubble?

I wasn’t actually bored at all, because I got so captivated by the game and the connections I was building with people. The way they designed it, with no phones and outside access, you get so immersed in the game. I brought my hobbies — I had ping pong, I was reading my book — but I was losing my hobbies as I went on. I brought a book of Shakespeare and thought I was going to read the whole thing by the time I was done, and I was so wrong.

THE CIRCLE
Courtesy of Netflix

What do we, as viewers, not see about the experience?

For me, they covered a lot of the important conversations that build the foundations to stuff in a narrative sense.

Logistically, how did everything work behind the scenes? How did the producers treat you?

They treated us like kings. They brought us food; there were people on speaker at all times; there was a therapist we could talk to whenever we wanted. It was like a vacation in every sense of the word. I had nothing but positive experiences.

One of the most dramatic moments was the big reveal about Seaburn. His alter ego Rebecca was one of your closest allies throughout. What did it feel like to discover who he really was?

It was definitely a humbling experience. I called myself “Sharky Shubham” the whole time, “The Catfish Hunter.” And I was so wrong about so much. The thing with me and Seaburn though, it was a brother-sister thing. We had this connection, with her sword-fighting and my Marvel and our science. At the big reveal I was shocked; it was an out-of-body experience when I saw her — or him, sorry. But it didn’t matter to me at the end of the game. Everything was the same except instead of brother-sister, it was brother-brother.

All these people came in with their own points they were trying to prove. They come from different walks of life. At the end of the day we’re competitors; these people come to play to win, and he got to the end, so I have nothing but respect. I consider him one of my closest friends for life.

Ultimately, your other ally Joey was the winner. Did that surprise you? What do you think enabled him to get so far and take it home?

When I was doing the final ratings, I knew what I had to do to win the game: tank Joey. But I just couldn’t do it. If anyone deserved to win, it was Joey. If you think about social media and people putting up a front, Joey was the complete opposite. For me, I was all about creating two or three or four really strong bonds, but what Joey did so well — he was such a sweet and lovable guy with so much life experience that he could connect with all these different people. He built great bonds and stayed himself from the beginning. At the end, I was like, I could win this — I just have to tank Joey. And I just couldn’t do it. I’m glad he won.

There was no real instruction about what to rank people on. You seemed to care about if people were nice and if they were real. What were you basing those opinions off of?

This was such a new season, so the ratings were kind of a Wild West. For me, the rankings were the people I built connections with that were strong, and those who were nice to me. I felt they were real. In a game perspective, the only question you have to ask is: will this person save me if they become an “influencer”?

How do you think the way you presented yourself to your fellow contestants helped them trust you so much?

I really just showed them the raw side of myself. I got eighth place on the first night, and people like Joey and Rebecca saw that I was down, and they were there for me. When I was at my lowest it created a real connection. Joey and I differed in almost every way, but complemented each other. Seaburn and I were so similar, which is why we were drawn to each other. Sammie — we had a great chat about feeling like we were on the outside. There was a lot of truth to these genuine connections. And there was a snowball effect; as I became an influencer and I kept saving people who I cared about and said I would care, it reinforced the relationship. If I couldn’t express it in words, my actions kept showing it.

Do you think relationships you form over social media are inherently different from real-life ones?

Are you still in touch with the contestants?

Yep, with all of them. We have a group chat on Instagram.

Would you recommend someone participate in The Circle if they had a chance?

I think everyone should watch this, just as an educational piece; it opens up a lot of conversations about the social media world we live in. I think in a way it’s very therapeutic to go into as well; you learn a lot about yourself.

I haven’t given it much thought, to be honest. I’m taking it day by day. With social media, if I can help make it even a half-percent better place, I’d like to do that in any way I can. But back to work for now. 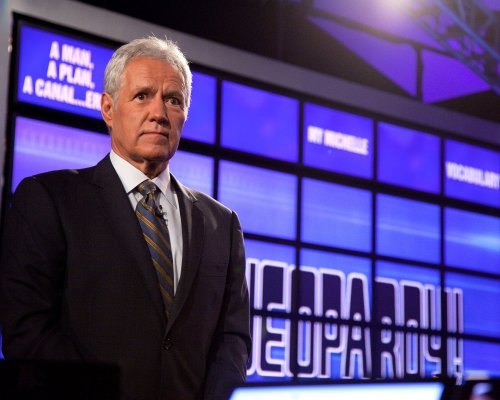