Sony Showed Up to CES With a Radically Different Concept Car. A Top Executive Told Us Why

At this year’s CES in Las Vegas, Sony revealed the next generation of its 8K television lineup, its own take on the electric car with the Sony Vision-S, and more.

The Vision-S, an electric concept car focused on “safety, entertainment, and adaptability,” incorporates Sony’s automotive-focused imaging technology, and is surrounded by an array of sensors Sony is calling the “Safety Cocoon,” which provides the Vision-S with a 360-degree view of its environment and any potential hazards. Of course, it makes sense when you remember Sony’s recent focus on the automotive industry, and former Sony chairman Kaz Hirai’s last CES, when he declared that the company would be “taking a leadership position” when it came to providing sensor technology to the automotive industry.

TIME spoke to Sony Electronics President Mike Fasulo at CES about what the Vision-S means for Sony as an automotive company, and how its march toward more commercial technology doesn’t preclude an abandonment of its most loyal customers. This interview has been edited for length and clarity.

TIME: Is the Vision-S a concept car simply because you haven’t bought a manufacturing plant, or is it more of a showcase of the talents Sony possesses?

Fasulo: The latter. Let me explain that a little bit. It’s built around our core technologies, or at least the parts that we are focused on, which are safety, security, and entertainment. The reason we designed the car was, from Ken’s view, to understand from scratch what the engineering feats are, so that we can provide what we do best when it comes to trends in automobiles, autonomous or otherwise.

So there are 33 sensors inside and outside the car, and they are there for different purposes. On the outside, image sensors can detect things the human eye or the human being can’t, and prevent it. We call it a “Safety Cocoon” because it’s a 360 degrees of protection. On the inside, maybe somebody is just tired or starting to nod off, it can detect movement of the individual, or lack thereof, and signal to the individual. And of course, the entertainment on the inside as well.

TIME: Speaking of entertainment, the Vision-S has that giant display in it. It’s not like the old DVD player in the back of the minivan. What do you imagine people will do on it? Or is it up to other companies to provide something like that?

Fasulo: It’s interesting because your question is very specific, but it has a much bigger implication. Last year, we talked about Sony being a creative entertainment company and tried to explain our core technology, the foundation for delivering emotional experiences to people through entertainment and gaming, to creators and artists, and ultimately building communities. And that was kind of a vision of where we’re headed. But the whole intent was to show it’s underpinned by technology, and our capability of innovation.

I think what is different today versus years ago at this show is it’s less about individual products and more about ecosystems — which is a word I don’t like saying — and environments or experiences. So, to your question, with 5G coming, why not deliver whatever you want to your car? And it doesn’t always have to be movies or shows or music, you know — there’s navigation or information — it’s kind of exciting, this fourth industrial revolution. It’s not about just one transition, there are a number of things happening at the same time. And the greatest thing is to see industries working together. If you noticed, every time we had the opportunity, we talked about partnerships. It’s, “why don’t we work with partners to deliver this experience?”

TIME: Do you see Sony shifting gears to more ecosystem-focused technology advancements? There are fewer Sony products but more technology in these products, and more potential applications with partners to take advantage of Sony’s tech. So in the next five years, will Sony be more industry or consumer-facing?

Fasulo: There will definitely be a mix of both. I think the B2B space is a significant opportunity. While I think you’re going to see rapid innovation from Sony, our premise will remain the same, which is superior experiences through superior quality and innovation.

By no means are we changing our DNA or what customers give us credit for, whether that’s our motion picture group, our gaming group, our electronics group or otherwise. What the opportunity is providing for us today is the capability of architecture and infrastructure. It’s been kind of clunky and, well, still not ready for prime time. But it’s moving faster than I’ve seen in the many evolutions of technology I’ve seen in the past few decades. There are so many collisions happening right now that If you look at it with an open mind from a creator’s point of view, it’s nothing but opportunity.

TIME: Do you think the transition to 8K TV is necessary? It seems a little premature to push right as 4K technology is taking off.

Fasulo: There’s no reason a customer shouldn’t buy 4K. 4K picture quality, upscaling capability, availability of content, is remarkable. And that’s why we’re seeing gangbusters adoption. Here’s my position on 8K: it’s the future. From today’s perspective, if you’re going to go bigger than 75 inches, you need more pixels to get the resolution and quality of the picture. There’s a place for 8K, I’d say on screens 75 inches and above, but the upscaling on 8K with Sony’s X1 processor is phenomenal. You’ll get a beautiful viewing experience even without 8K content.

We have the capability, obviously, but there are a lot of limitations — bandwidth limitations, distribution, uplinking — so 8K will happen from a content acquisition point of view, but right now 4K is the place to be from a consumer and industry point of view.

TIME: It seems like the competition in terms of entertainment and gaming is really heating up thanks to advances like AR and 5G. Apple’s getting into games a little bit, Google is streaming games with Stadia, Microsoft is already showing off its upcoming console and teasing the future of the Xbox, which is gaming everywhere. What is Sony’s perspective on the state of the gaming industry, and how are you getting ahead of it?

Fasulo: I don’t want to speak for Jim Ryan, who manages the PlayStation group, but I can say a couple of things. A few years ago there was the notion that the console was dead. And last night, he announced a 106 million install base. I don’t think that’s dead. We’ve got 103 million active users on our PlayStation Network. What he and his team and the company has done is really make a focused approach to the true gamers. Not by alienating casual gamers, but by making sure the experience with hardcore, true gamers was met and exceeded. And that doesn’t change.

So it’s exciting to see new entrants, it’s just going to make the space more robust and more exciting. But I find it hard to understand how someone will be able to provide a better experience than what the PlayStation team is currently doing with PS4 and planning to do with PS5, PlayStation Network, and everything in between. 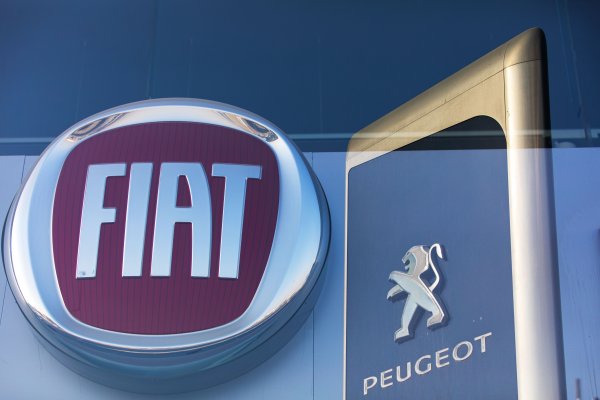