'Clearly He's Not Actually Washing.' Grandma Puts Baby to Work Doing Dishes Because Being a Baby Is Not a Free Ride

A family has found a way to get their kid to help out with household chores and we can all take a lesson from their skills.

Arabia-Iman Tillery shared a video on Twitter of her mother chatting while the nine-month-old son laying on the kitchen counter, pacifier in-mouth, happily rinses off a spoon in the sink. “My mom has my 9 month old son doing dishes,” Tillery said in her viral tweet on Sunday, which has nearly 300,000 likes and more than 65,000 retweets as of Tuesday morning.

But this is no average infant. Apparently, little Chase loves water — and his grandma had found a creative way to soothe him.

“My son was getting a little fussy before a nap, like he usually does,” Tillery tells TIME. “[My mom] figured he might as well play with water and ‘wash the dishes’ a little, and it worked really well.”

Tillery says she only captured a video of the moment because she thought it was “really, really cute” and silly. “I think the funniest thing of all is that clearly he’s not actually washing,” she says. “He has no idea what’s happening.”

Many other users responded to the viral tweet with their own commentary on how funny the video was. Tillery says she didn’t realize so many people would connect to the video.

“It’s really cool to see that the small moments during the day that you don’t really think about are some of the moments that people can relate to the most,” Tillery says.

Best of all, one day, when Chase is older, this video will be great collateral for chores – the family can “talk about how helpful he was and how he either continued to be or no longer is.” 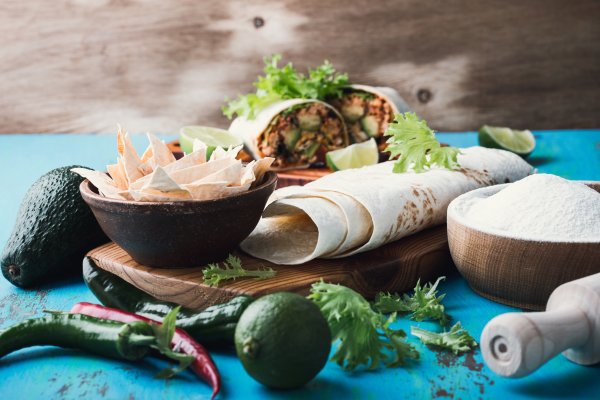 Baby Yoda Must Temporarily Cede the Spotlight to an Actual Baby Burrito
Next Up: Editor's Pick