Jade DeLucia, a 4-year-old from Iowa, is back home with her family after being struck with a case of the flu that, after a lengthy hospital stay, has left her blind.

Amanda Phillips, the girl’s mother, told reporters that Jade came down with a fever in mid-December, which she initially controlled with medication. “There wasn’t any sign that would’ve told me that something was seriously wrong with her,” Phillips told CNN. Phillips did not immediately respond to TIME’s request for comment.

Jade had been vaccinated earlier in 2019, according to a post Phillips wrote on Facebook. But, she adds, she didn’t know she was supposed to vaccinate her daughter again at the start of the new flu season. Last year, the U.S. Centers for Disease Control and Prevention (CDC) recommended the flu vaccine be administered at the end of October, but that can vary from year to year to better fight against the viruses expected to circulate in a given season. “I’m a mother doing the best I can to raise kind, honest, loving little humans,” Phillips wrote.

On Christmas Eve, Jade was found unresponsive and flown to the University of Iowa Stead Family Children’s Hospital, where doctors diagnosed her with influenza B and placed her in the hospital’s Pediatric Intensive Care Unit, according to a GoFundMe set up to help the family with medical expenses, and confirmed to TIME by Dr. Theresa Czech, one of the pediatric neurologists at the children’s hospital who treated Jade. Jade didn’t wake up until New Year’s Day, according to CNN.

Phillips told Good Morning America (GMA) that it was at this point she became aware that her daughter couldn’t focus and wasn’t able to grab toys or objects put in front of her. She was blind.

Doctors determined Jade was experiencing a complication from the flu known as encephalopathy, a brain dysfunction that can cause permanent structural changes in the brain according to the National Institute of Neurological Disorders and Stroke.

Encephalopathy as a result of the flu is very rare, says Czech. “It occurs basically because your immune system gets kind of revved up and it starts attacking your own cells,” she says. “[The immune system is] in overdrive and when that happens it can not only hit its intended target, which is the flu virus, but it also hits other targets nonspecifically, including your brain.”

When the body attacks the brain, Czech adds, any number of symptoms can result depending on what part is effected. “In Jade’s case, the part of the brain that perceived vision was effected.”

Czech urged that people receive the flu vaccine as early as possible at the start of the flu season in order to prevent the virus from spreading in the first place. She added a common misconception is that a vaccine prevents against the virus for an entire year, when it really only protects for that intended flu season.

There is still a chance Jade could recover her eyesight, according to a Facebook post by Phillips. Likewise, Dr. Alexander Bassuk, director of the Division of Pediatric Neurology at the hospital that treated Jade, spoke to Good Morning America and said that it is possible for young children to recover their sight. “We definitely have hope in this case that there will be significant recovery,” he said. “But there can be permanent outcomes.”

Five children have died since the end of December due to the flu, according to the CDC, bringing the total number of influenza-related pediatric deaths to 32 for the 2019-2020 flu season. Twenty-one of those who died had contracted influenza B, which is much more common in children and younger adults, according to the CDC.

Though Phillips told CNN that she wants to warn all parents to get a flu shot every season, she also wrote on her Facebook page that she’s “not a spokesperson for vaccinations.”

“I am not a doctor or educated enough to tell other parents to vaccinate or not to vaccinate. There are now many articles saying that I want to tell parents to vaccinate but I’m not. What happened to Jade was one in a million chance of happening,” she wrote, adding that Jade’s case will become a case study for doctors. 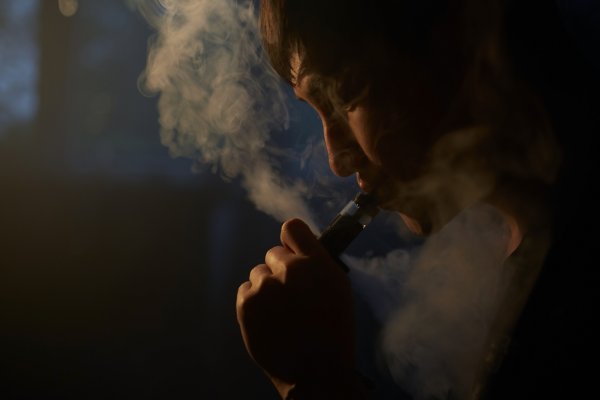