The World Is Becoming Less Stable. To Fix It, We Must Learn How to Work Together Again

Residents began cleaning mud and furniture affected by floods as high as 5 meters in the residential Pondok gede permai, Bekasi, West Java, Jan. 4,2020.
Dasril Roszandi—NurPhoto/Getty Images
Ideas
By Børge Brende
Brende is the President of the World Economic Forum and the former Foreign, Trade and Environment Minister of Norway.

Global risks that were once on the horizon are now at the doorstep.

The effects of climate change are more pronounced: the last five years have been the hottest on record and extreme weather events—such as super storms, droughts, and heatwaves—have occurred across every continent.

What were warning signs on the economy are now reality. The steady global recovery in the aftermath of the 2008 financial crisis has given way to what the International Monetary Fund (IMF) has referred to as a “synchronized slowdown,” driven in large measure by rising trade barriers and growing geopolitical tensions. Last year, the IMF warned of a 3% global growth rate for 2019, the lowest level in a decade. All this while citizens around the world protest systems they feel have failed to offer means for advancement.

On technology, cyberattacks continue to rise as artificial intelligence poses questions to our leaders about surveillance, weapons systems, and video authenticity that are in need of immediate answers. According to one study, the number of “deep fake” videos on the Internet rose by 84% last year, and there is no expectation that this rate will slow down.

These worsening economic, environmental, and technological risks lend new urgency to the need for action. According to the World Economic Forum’s latest survey of over 775 experts, policymakers, and industry leaders, respondents feel these kinds of risks are not just expected to manifest over the coming decade but will be more pronounced this year.

The good news is that the window to mitigate these risks is still open, if barely. The less good news is that the risks are coming amid an unsettled global landscape. Indeed, respondents to the World Economic Forum’s survey rated “economic confrontations” as the top risk for this year. Today’s global environment is one in which there is more confrontation than coordination and more contest than compromise.

To take just one metric: World Trade Organization data for the first three quarters of 2019 show that the value of trade in merchandise contracted by 2.9% compared to the same period in the year prior—in large measure because of unilateral postures among powers, fractures within Europe and tensions between the U.S. and China.

This period of friction and global disorder comes 75 years since the end of World War II, a moment of multilateral renewal that led to the creation of mechanisms that have underpinned global coordination, particularly over the last three decades.

Don’t expect things to just “snap back” to how they were, after a period of turbulence. Not only are we unlikely to return to the global order of the last 30 years but waiting for this possibility would mean missing the chance to address the critical risks that are unfolding.

Achieving results on climate change, the economy, and technology is only possible if we adapt to the current global reality. Stakeholders at every level must adapt by finding ways to take meaningful multilateral action amid uncertainty and in the face of strong unilateral headwinds.

Some are already taking action. UN Secretary-General António Guterres has called for “inclusive multilateralism”—a model in which members of the business community, academia, and civil society join states in pursuing common objectives. This principle is fundamental to updating and upgrading post-war institutions in a way that makes them more representative and that builds support among stakeholders.

And others are continuing to see the benefits of working together. For instance, the Franco-German Alliance for Multilateralism, a group of about 50 nations, is working to boost international cooperation in areas such as security, digitalization and climate change. And agreements such as the Africa Continental Free Trade Area, a zone covering 54 African states, illustrate how regional approaches can strengthen cross-border coordination.

Given the range of immediate risks we face, we need another period of multilateral renewal — one that accounts for twenty-first century dynamics. The ability to act in concert and with purpose within a tumultuous global environment won’t be easy, but it will be necessary. 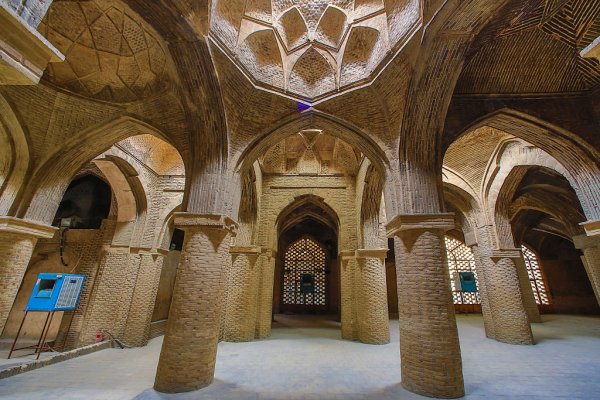 Cultural Heritage Reminds Us of Our Shared Humanity. That's Why Threats Against Them Are So Dangerous
Next Up: Editor's Pick